A Hungarian Tribute to Canada 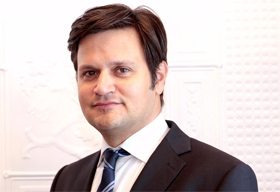 This month, Canada pays homage to the 60th anniversary of the 1956 Hungarian Revolution.

As the Ambassador of Hungary to Canada, I invite all Canadians to commemorate and celebrate with us.

Canada is a nation that understood the message of 1956 clearly, and also extended helping hands to a large number of Hungarians who were forced to flee their homeland.

Sixty years ago, on October 23, 1956, the collapse of communism began. Perhaps nobody realized it at the time, but the Hungarian revolution that was defeated in 12 days was indeed victorious.

By its rare display of heroism and solidarity, the revolution unmasked communism once and for all. The ramifications of it led ultimately to the fall of communist regimes in Europe in 1989-90.

In Hungary, during the fifties, a very present state of evil would emerge as vicious and merciless acts of vengeance were carried out by soviet loyalists performing executions of Hungarians opposed to the philosophies of the communist regime. Even the dead were disgraced; their bodies, buried in secrecy, in nameless graves often under fictitious names.

Although the revolution was supressed in less than two weeks, it did bring an end to the Stalinist regime of Mátyás Rákosi. The new regime of János Kádár gradually transformed to a soft dictatorship. People were no longer taken to labour camps because they were considered to be born to the wrong class or for no conceivable reason at all. Advocates of freedom, civil liberties and democracy were still routinely oppressed and the memory of the revolution concealed, but Hungarian families, artists, teachers and underground groups kept the spirit of 1956 alive.

When the martyrs of 1956 finally received the burial they deserved on June 16 1989—after more than 30 years—it led to free elections in 1990. Communism in Hungary was finally over.

The revolution was a rude awakening to many Western European idealists who were previously convinced that the Soviets were trying to build a fairer society.

The disillusionment was spurred by the powerful images of tanks on the streets of Budapest, shooting at the insurgents, at the students, workers, mothers, fathers and youngsters, socialists and conservatives, atheists, Christians and Jews—everyday people turned heroes,

The story and images of the Hungarian Revolutionstrengthened the determination of the politicians in the free world; it became very clear that communism must be contained and eventually defeated. U.S. President Ronald Reagan, a true admirer of 1956, played a paramount role in the ultimate downfall of the Soviet Union.

After the revolution, almost 38,000 Hungarian refugees found freedom and the opportunity to prosper in Canada, an ocean away from home. After the long months of waiting in camps in Austria, they arrived to Canada, with five dollars in their pockets and with the wish to work and establish a new life. They were successful in doing so. The new Canadian-Hungarians quickly adapted to the lifestyle and the rules of the new homeland and managed to find their ways around.

Canadians’ generous welcome, and the newcomers’ contributions to their new country have shaped the Canada of today, and connect Canadians and Hungarians in a bond of gratitude and friendship.