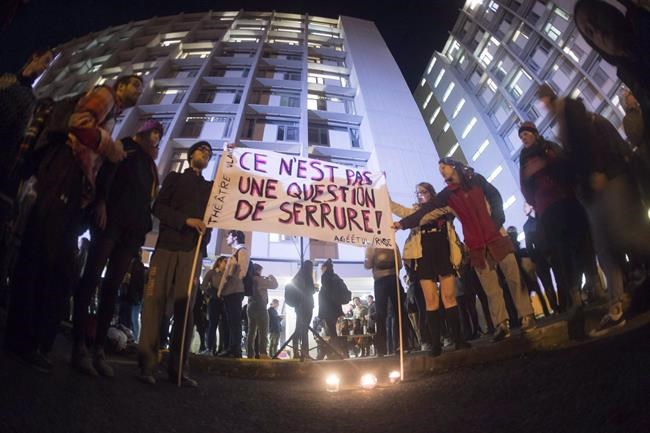 MONTREAL — In the wake of several high-profile incidents of alleged sexual assault, the Quebec government has released its long-awaited strategy to fight and prevent sexual violence.

Five provincial cabinet ministers announced some 50 new measures Friday, including a police unit to specialize in sexual crimes as well as video-conferencing tools to help victims keep contact with authorities.

Justice Minister Stephanie Vallee said the measures are designed to make it easier for victims to come forward and to testify in abuse cases.

"We want to make the relationships between the Crown attorney and the victim more personal," she said.

"We want to make sure they will trust the system, will trust the professionals who are there to support them so the testimony won't be so much of a burden."

The $200-million, five-year plan includes about $26 million in new spending.

The rest is made up of previously announced funding or a continuation of existing programs.

The strategy also includes awareness campaigns, training for personnel who work with victims and a plan to combat sexual exploitation on school campuses.

Lise Theriault, the minister responsible for the status of women, added that more than one-half of the funding will be destined for community groups.

But while many groups welcomed the announcement, some union leaders and opposition party members said it isn't enough to counter the effects of recent budget cuts to social services.

Parti Quebecois Leader Jean-Francois Lisee called the measures "a step forward, two and a half years too late" and said the Liberal party had promised in 2014 to put a strategy in place within a year.

"Instead they put it aside and took a million dollars a year away from grassroots organizations fighting against sexual violence," he said.

The announcement came after several recent high-profile incidents, including reports of alleged break-ins and sexual assaults at Universite Laval in Quebec City.

Days later, a woman went public and said she had been sexually assaulted by a member of the legislature she later named in a radio interview.

MNA Gerry Sklavounos stepped down from the Liberal caucus to sit as an Independent after the allegations surfaced. He is currently on medical leave.

None of the allegations have been proven and Sklavounos, who has denied the accusations, is not facing any criminal charges.

Thousands of Quebecers attended demonstrations in the province Wednesday to denounce what organizers called a culture of sexual violence.

--With files from Pierre Saint-Arnaud