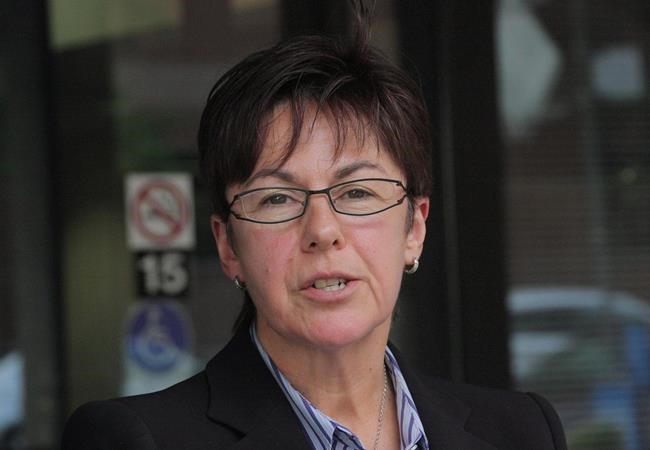 OTTAWA — Ontario Provincial Police commissioner Vince Hawkes uses one word to describe what his predecessor Gwen Boniface will bring to the Senate: "integrity."

It might not be the first word many critics of the upper chamber — and perhaps many Canadians — would use in describing a candidate for a Senate seat.

But it is what Boniface brought to the table in her work as Ontario's highest-ranked provincial police officer, said Hawkes, citing the attribute as sorely needed in a place that been under intense public scrutiny in recent years.

"She's an individual with extreme integrity," Hawkes said in an interview after Boniface and five others were named by Prime Minister Justin Trudeau as his appointees to represent Ontario in the Senate.

Boniface was the first woman appointed to run the OPP and the first female president of the Canadian Association of Chiefs of Police. She is also known as a promoter of aboriginal policing as well as for her role in repairing the provincial police force's once-sour relationships with First Nations communities.

Boniface has seen it all, "from terrorism to organized crime to cyber investigations," said Hawkes.

"She has a great understanding of all those aspects of our society that has definitely changed over the last number of years."

The six candidates named by Trudeau are in addition to the nine senators appointed last week to fill vacancies in British Columbia, Manitoba and Atlantic Canada. Together, they represent the first selections under a new advisory process the prime minister introduced earlier this year. More than 2,700 people applied through a process that saw an advisory panel recommend five people for each of 21 vacancies.

Former prime minister Stephen Harper had refused to fill the vacancies that accumulated during his last two years in office amid the Senate spending scandal.

Trudeau has yet to name a group of senators to fill a half dozen seats open to representatives from Quebec, although the Prime Minister's Office said more appointments would be announced soon.

It's not clear yet how Trudeau's appointments of new, independent senators will affect his ability to get legislation through the Senate.

The other five senators named Monday are: