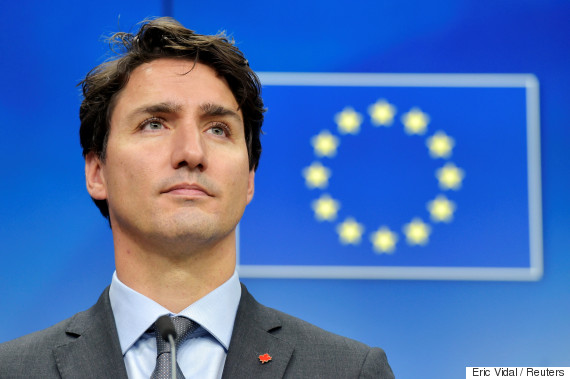 Canada's Prime Minister Justin Trudeau looks on during a news conference after the signing of the Comprehensive Economic and Trade Agreement (CETA) at the European Council in Brussels, Belgium, October 30, 2016. REUTERS/Eric Vidal

The European Parliament has voted down a challenge by a group of EU lawmakers to try to have the bloc’s hard-won trade pact with Canada referred to Europe’s top court.

The attempt was rejected Wednesday by 419 to 258 with 22 abstentions.

German lawmaker Daniel Caspary, who led efforts to block the challenge, said the EU-Canada “agreement provides an answer to our concerns regarding globalization without causing problems for democracy.”

The assembly is now set to endorse the pact next month. Validation of the 29-nation accord was previously delayed by the small Belgian region of Wallonia.