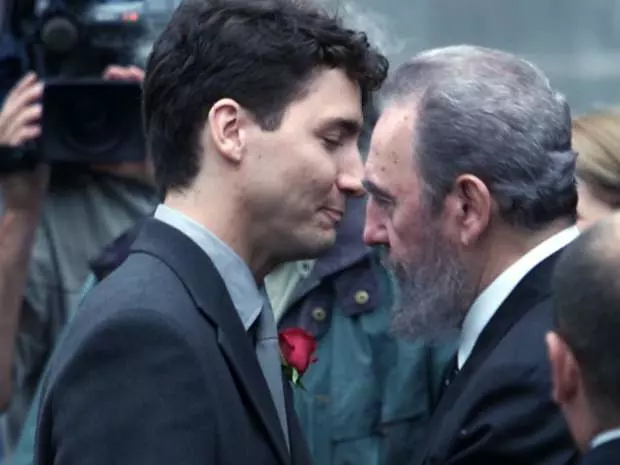 The prime minister is facing criticism at home and abroad for his statement expressing “deep sorrow” about the death of former Cuban president Fidel Castro.

Justin Trudeau, who recently returned from a diplomatic visit to Cuba, made the statement early Saturday after the announcement that Castro had died at the age of 90.

Trudeau acknowledged the late president was a “controversial figure,” but remembered him as a “larger-than-life leader,” who made significant improvements to Cuba’s education and health-care systems.

“A legendary revolutionary and orator, Mr. Castro made significant improvements to the education and health care of his island nation,” Trudeau said.

“I know my father was very proud to call him a friend,” he added.

But others in Canada — and around the world — were less generous in their description of the deceased, and some have condemned the prime minister’s statement, pointing out human rights violations during Castro’s half-century regime.

Conservative leadership hopeful Lisa Raitt wrote in an open letter to Trudeau that he “dismissed Castro’s crimes as simply ‘controversial.’ They were not controversial. They were egregious crimes against humanity, and you should be ashamed to give your approval to a brutal regime that exported terror.”

Raitt also called on Trudeau to “decline in the strongest terms” if he is invited to Castro’s funeral.

“Canada must not be seen celebrating the life of a tyrant,” she wrote.

Others running to be party leader also weighed in, including Maxime Bernier and Kellie Leitch.