Have the Lessons of the Lac-Mégantic Rail Disaster been learned?? 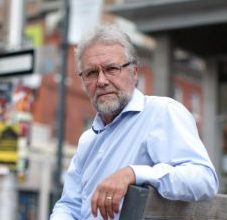 The National Energy Board estimated recently that if no new pipelines were built, oil by rail would increase tenfold in coming decades.

Prime Minister Trudeau justified, in part, his recent decision to approve Kinder Morgan and Enbridge Line 3, on the grounds that pipelines were safer than rail.

With or without these new pipelines, most experts agree that transportation of oil by rail will increase steadily over the next decade to handle increased oil sands production. Current rail capacity in Canada is about 1 million barrels per day.

Given the fundamental flaws in the rail transportation system, which have not yet been fixed, rail remains the greater danger to human life 3 1/2 years after the  Lac-Mégantic disaster. It also clear that the volume of pipeline spills overall, and hence their environmental contamination, is three times larger than rail spills.

Let me outline ten measures that would make the rail system safer for transporting oil; that would demonstrate that the lessons of Lac-Mégantic are being learned; and may give some comfort to the community that paid such a terrible price.

Whether we like it or not, all modes of transportation will continue to be used for shipping oil —rail and pipelines, and marine.  People should not have to choose between dangerous transportation options.  The number one priority for all modes should be to ensure protection of public health and safety, and the environment.  At the same time all means possible should be devoted to reducing our dependence on oil, and transitioning to a low carbon economy.

Bruce Campbell, former executive director of the Canadian Centre for Policy Alternatives, is a visiting fellow at the University of Ottawa faculty of law. “Have the Lessons of the Lac-Mégantic Disaster Been Learned,” is the title of a conference taking place December 8, 2016 at the University  of  Ottawa.