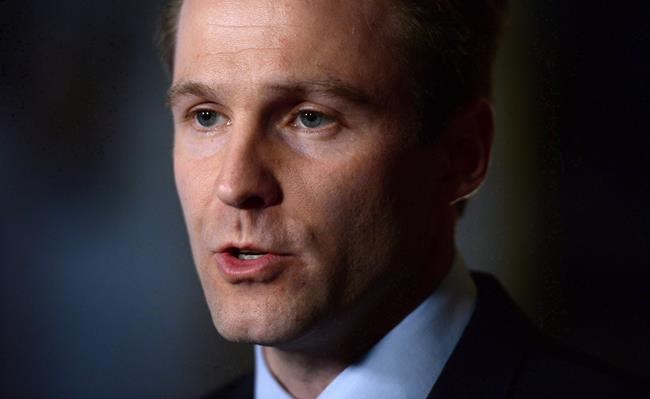 FREDERICTON — The New Brunswick government will phase out coal as an electricity source under a new climate change plan that also puts a price on carbon.

Premier Brian Gallant said Wednesday that climate change is the most important issue to face humankind in modern times and New Brunswick must do its part to combat it.

"We act in a way that we ensure economic opportunity today but not at the expense of quality of life of future generations," Gallant told the legislature as he unveiled the plan.

"Today we act in a way that we will be able to look our children and our children's children in the eyes and say that we did everything we could do to make the world better."

NB Power, which is owned by the provincial government, operates a large coal-fired power plant in Belledune.

The plan sets 2030 as the target for phasing out coal, but says that could be delayed by as much as 10 years, "with interim emission reductions aligned with new federal regulations."

Green Leader David Coon, the party's lone member of the legislature, calls it "a good plan."

"This plan will stand shoulder to shoulder with those that Premier Couillard, Premier Wynne, Premier Notley have tabled earlier. It's a plan that New Brunswickers can be proud of, and in particular, it gives hope to our young people," Coon said.

The plan is the result of an all-party committee of the legislature that was asked in April to produce recommendations.

While the plan says there will be a "made-in-New Brunswick" price on carbon and caps on greenhouse gas emissions, there are few details other than the assurance that it will recognize the province's unique economic and social circumstances.

"Any carbon pricing policy will strive to maintain competitiveness and minimize leakage (i.e., investments moving to other jurisdictions)," the plan reads.

Other highlights of the plan include making the provincial government carbon-neutral by 2030, and increasing spending on energy efficiency in the next capital budget by 50 per cent.

Gallant will present the plan during a first ministers' meeting on Friday in Ottawa.

The federal Liberal government last month announced plans to phase out the use of coal-fired electricity in Canada by 2030 as part of its overall clean-energy strategy.

The goal is to make sure 90% of Canada’s electricity comes from sustainable sources by that time — up from 80% now. Coal power in Alberta, Saskatchewan, New Brunswick and Nova Scotia accounts for 10% of Canada’s total greenhouse gas emissions.

Both Nova Scotia and Saskatchewan have reached "equivalency" agreements with Ottawa that gives those provinces flexibility on coal.

Brian Keirstead, environment critic for the Opposition Progressive Conservatives, said while he supports the plan, the premier will need to negotiate with Ottawa.

"When the premier does meet with his federal counterparts, we are hoping that he will stand up for New Brunswickers, the same way as in Nova Scotia and Saskatchewan," Keirstead said.

"We are unique in our economy, our demographics, and these things all need to be taken into consideration," he said.