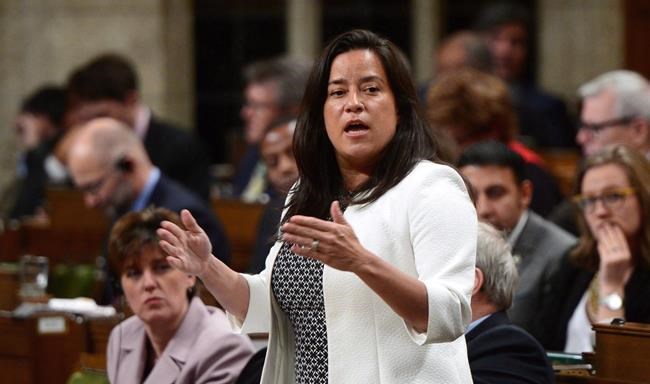 OTTAWA — Justice reforms brought in by the previous Conservative government in the name of getting tough on criminals "compounded pressures" on the system — a litigation-fuelled backlash that will figure in a comprehensive Liberal review of penalties and sentencing, say internal federal notes.

As part of the review, Justice Department officials were tracking more than 100 constitutional challenges to mandatory minimum penalties alone, the notes say.

Prime Minister Justin Trudeau has asked Justice Minister Jody Wilson-Raybould to review changes to the criminal justice system over the last decade with the aim of ensuring the safety of communities, obtaining value for public money and filling any gaps.

The last general overhaul of criminal sentencing provisions took place 20 years ago. Many recent reforms focused on particular issues and were implemented through a piecemeal — rather than a comprehensive, long-term strategic — approach, says an internal memo to Wilson-Raybould.

Changes under the Conservatives, who took office in 2006, had two main objectives: "holding offenders accountable" to address the public's perceived leniency of sentencing outcomes in some cases, and "truth in sentencing" — meant to bring greater transparency to the sentencing process, says the March memo.

"The reforms have compounded pressures on the criminal justice system and have led to an increase in challenges pursuant to the Canadian Charter of Rights and Freedoms."

It has resulted in court cases testing the constitutionality of mandatory minimum penalties, credit for time in pre-sentence custody, victim surcharge provisions and reduced judicial discretion to impose appropriate sentences — including for indigenous offenders, the mentally ill and other vulnerable people, the memo adds.

The Canadian Press obtained the memo to Wilson-Raybould and other records on the federal review of litigation through the Access to Information Act.

As of Nov. 30, 2015, the Justice Department was tracking 102 charter challenges to mandatory minimums in trial and appeal courts, the memo says.

Wilson-Raybould told the House of Commons on Monday she was "committed to modernizing and improving the efficiencies and effectiveness of the criminal justice system."

A report prepared for her department by B.C. law professor Yvon Dandurand says "a politically viable strategy" is to craft exemptions to mandatory minimums that apply when certain criteria are met, as seen in several other countries. Such relief could be granted in the case of a juvenile offender, an early guilty plea or when an accused provides substantial help to the state.

Another option would be a general "judicial discretion clause" that would allow the courts to overlook a mandatory sentence that would be "contrary to the interests of justice," says a study for the Justice Department by Julian Roberts, a criminologist at the University of Oxford in England.

Conservative justice critic Rob Nicholson has already warned that his party would challenge any attempt by the Liberals to water down mandatory sentence provisions.

The March memo to Wilson-Raybould suggests other priorities for review include the federal bail regime, which was last reformed 44 years ago, as well as the laws on impaired driving, a serious crime that takes up considerable court time.