Parliament’s Productivity is at a Historic Low 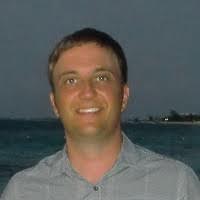 The current session of Parliament has been the most unproductive one for a new government in recent Canadian history.

Following last year’s federal election and swearing-in ceremony of the Cabinet, the 42nd Parliament officially commenced on December 3, 2015. Since then, there have been a little more than 125 sitting days of the House of Commons.

During that time, only 11 bills have received Royal Assent (that is, passed by both Houses and signed by the Governor General or his or her deputy). Even if you add the two bills awaiting Royal Assent, the overall total is underwhelming.

How does this measure up with the productivity of the first year of other recent sessions of Parliament? Employing this metric, a comparative analysis paints an abysmal picture for the ruling Liberals.

The first year of the previous five Parliaments – dating back to 2001 – witnessed an average of 47.8 bills receiving Royal Assent. If you remove the bills from this group originating in the Senate, the average is still 39.6 – three times the production level of Justin Trudeau’s government.

To put this in more perspective, the total number of House government bills since this government was elected is only 37. In other words, if every one of their bills tabled received Royal Assent, it would still fall short of the average of the five preceding Parliaments.

The five comparator Parliaments include two Liberal governments (one led by Jean Chretien, the other by Paul Martin) and three Conservative ones (all led by Stephen Harper), and included a mix of majority/minority rule, as well as by both Liberal and Conservative-controlled Senates.

Two of the five Parliaments – Martin’s 2004 minority and Harper’s 2011 majority – each saw 58 bills receive Royal Assent in their first twelve months, respectively. Even the first year of the 40th Parliament, which was marred by the 2008 constitutional crisis, was able to have 27 bills become law (although technically this was during the second session after Harper prorogued Parliament following only a handful of sitting days in order to avoid defeat).

To be fair, legislation is not the only tool available to governments to affect positive change in the lives of Canadians. The Cabinet – and Cabinet committees – also have levers at their disposal to change programs and policies. For example, before the current Parliament commenced, the federal government reinstated the mandatory long-form census – a constructive move applauded by almost everyone.

The Prime Minister also makes hundreds upon hundreds of appointments, from important ones to the Supreme Court, Senate, and key ambassadorships, to less prominent ones on various government agencies, boards and commissions.

Both Cabinet and federal departments make decisions every day that have an effect on society (just take a look at the recent announcement on pipeline projects, as an example).

Moreover – especially for this government – the language and tone employed has shifted dramatically from the practices of its predecessor, although for Canadians struggling to find quality full-time employment or affordable housing, you can’t deposit tone in a bank account or use it to pay the mortgage.

For Parliament, the centre of our democracy, its most significant task is preparing, considering, and making law. It is the legislative process where Members of Parliament – be it in committee review or reading stage – can participate and represent their constituents. Among other things, Canadians send their MPs to Ottawa – particularly those members who constitute the governing caucus – to enact legislation and develop policies consistent with the platform they were elected on, at least in theory.

But the current Liberal government, who rode to power with an abundance of goodwill granted to it by voters, has done little in Parliament to match its high rhetoric and ambition. The lack of progress is uninspiring and inconsistent with the Liberal Real Change platform. “Sunny Ways” may have come to the federal Liberal party but it’s dark in Parliament.

Evan Sotiropoulos is a Toronto-based writer. You can follow him at @evan_sotirop.