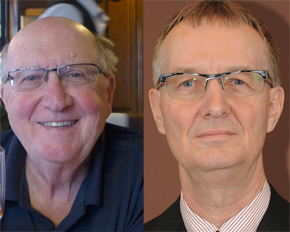 There are three central things wrong with the government’s approach to changing the democratic electoral system – the idea, the plan, and the execution. The idea is flawed because it fails to incorporate the governance issue. The plan is virtually non-existent. And the execution has gone off the rails.

The half-baked electoral reform idea came from now Prime Minister Justin Trudeau during the 2015 election. Trudeau’s team was exasperated at the possibility of a minority government. Without giving the idea much thought, Trudeau promised that Canada would have a new voting system in place for the 2019 election.

Justin Trudeau’s promise was quite similar to his father’s romantic declaration in the 1968 election that he would bring democratic accountability to Canada.

But on this topic the similarities stop there. Pierre Trudeau was idealistic but also quite pragmatic.

First, he appointed Allan MacEachen, an experienced and wise MP from Cape Breton, to handle the tricky portfolio on democratic reform. Trudeau praised MacEachen’s strategic and tactical strengths and also appointed him to be his Deputy Prime Minister.  MacEachen hired top academics and lawyers to his staff; of course after interviewing both Quebec secessionist and Conservative academics he went with only Liberals on his team of professionals.

During his tenure, MacEachen achieved reforms in election laws, party finance, relations between Cabinet and Parliament, conflict of interest rules, a restructuring of committees of the House of Commons and even Cabinet committees.  He also got rid of a lot of silly ideas.  One Deputy Minister wanted to put neon signs on every government building with the caption “participate now!”

By comparison, Minister Maryam Monsef is far too inexperienced for a job that requires a deft handling of parties and politicians.  With her charm and evident intelligence, she should perhaps have been given a social ministry to head.  Ralph Goodale, Minister for Public Safety, is the sort of tough leader needed to carry out the crucial task of electoral reform.  He knows and understands Canadian politics and history and has vast experience.  Perhaps he simply was wise enough not to accept it.

Because of the lack of political sophistication by the minister and staff in the Privy Council Office, the Committee’s mandate was very poorly defined.  The Liberal government, hoping for a major consensus in its Report, ceded its majority control over the Committee.  This proved to be a very naive decision. The Committee did its work assiduously.  It carried out six months of study and crisscrossed the country for its hearings.  In the end, it issued a detailed and lengthy Report.

But the Report did not come to a “unanimous” conclusion on the main issue of which new electoral model to adopt.  It leans toward some version of a complicated proportional representation electoral system.  A majority of committee members (which did not include the five Liberal MPs) also recommended that there should be a referendum before any decision is made about replacing the present first-past–the-post system (one whereby candidates with most votes get elected).  Minister Monsef and her advisors, as well as some Liberals, on and off the Committee, appeared to favour a modified preferential ballot system.  But they never made this clear.

In fact, the Committee got carried away with the details of electoral systems and missed the point that they were supposed to come up with ideas that the public could readily absorb.  Instead, the public and the media got lost in the tedium of the research.  The prime example was lauding the complicated Gallagher Index (a measure of relative disproportionality between votes received by a party and seats allocated to that party in the legislature).  Not only is the Report far too technical for public comment, its advocates did their best to avoid giving prominence to the significant constitutional rules which already exist about provincial electoral seat allocations.

However, the central problem with the Minister’s approach as well as that of the Committee was their single-minded focus on the concept of representation. Democracy is about both “representation” and “governing”.  The two should never be separated if you want to achieve effective government – and that presumably is the purpose of reform.  For over a century, scholars have proven over and over again that there are no electoral systems without glaring defects. They have usually resorted to the metaphor of a loaf of bread to explain the conundrum.  There simply is no such thing as a full loaf of bread, only half loaves when it comes to electoral systems and formulae.

Indeed, the committee acknowledged that it had not focused enough on the impact of election rules on governance when it came to its primary conclusions. The crucial recommendation made by the Committee, and seemingly unrecognized by the government and not picked up to any extent by the media, is the extraordinary number 11.  This recommendation calls for a comprehensive study of several crucial matters concerning electoral reform: “the relationship between, and operations of, the legislative and executive branches of government; the relationship between, and operation of, the House of Commons and Senate; Parliamentary procedure and conventions, related to government formation and dismissal; and the impact on the operations of political parties”.

None of the necessary hard work mentioned above has been done.  Neither will it get done in time for the next election.  Canadians need to be patient and diligent in order to get the right balance between democratic reform and continued effective governance.  Trudeau, once he calls the next election, should promise a referendum outlining a precise electoral reform mechanism that dovetails with Canada’s Constitutional democracy and its representative form of government.  And this can only be accomplished after recommendation 11 has been completed.

A referendum question needs to be clear and substantial.  If a question cannot be made precise or support is only tentative, then the government should drop the matter.  If the government proceeds with its present electoral reform option without satisfying these criteria then the outcome will never be accepted as politically or constitutionally legitimate.

The issue of fundamental democratic reform is far too important to be handled as a partisan issue.  The government has a responsibility to assist all Canadians in the achievement of a workable consensus before it proceeds with implementing any new option, moderate or radical, of electoral reform.  To date, the government’s attempts to educate Canadians on this issue have been ineffective or worse.