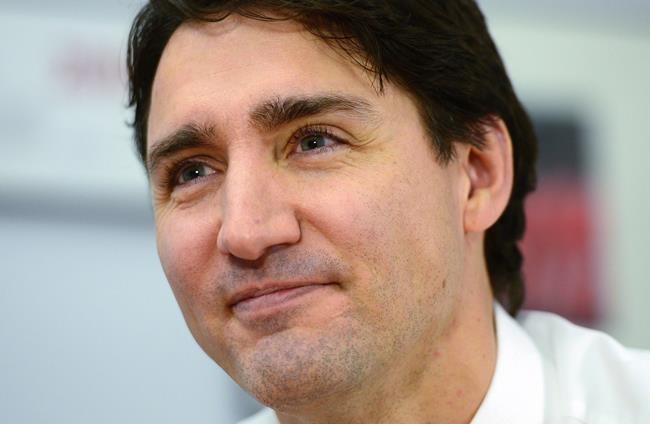 OTTAWA — Justin Trudeau says his government will ensure security and spy agencies follow the "letter and spirit" of the law, amid mounting concerns they have trampled the privacy of journalists and other Canadians.

In a roundtable interview this week with The Canadian Press, the prime minister stressed that national security agencies must protect Canadians but also safeguard the laws and values the public cherishes.

Trudeau's words come as the Liberal government wraps up a national consultation on federal security policy and they follow two recent episodes that heightened public concern about unwarranted surveillance.

It emerged last month that the Montreal and Quebec provincial police forces had been tracking the communications of several journalists. Only days later, a Federal Court judge found the Canadian Security Intelligence Service had broken the law by keeping and analyzing information about the communications of innocent people — potentially revealing data that was collected during investigations into actual suspects.

There are also nagging questions about whether CSIS has used its considerable powers to monitor media members.

In the interview, Trudeau said the Liberals would "make sure that our security agencies and intelligence agencies obey the letter and the spirit of the laws that frame them."

The freedom of the media to go unscrutinized in the course of their work "is something that I believe in fundamentally," he added. "The only way democracy gets to work is if there is an informed population holding their political parties and leadership to account and that happens through a strong, independent free press."

The words may provide a measure of comfort to wary civil libertarians who fear that security imperatives — not the rights of ordinary Canadians — are driving the federal review.

Public Safety Minister Ralph Goodale told MPs at a House of Commons committee this month he was keeping an open mind as to whether CSIS should be allowed to retain and use the incidentally gathered data trails — such as phone numbers and email addresses — of non-targets.

Unlike the New Democrats, the Liberals backed omnibus security legislation, known as Bill C-51, ushered in by the previous Conservative government. However, in last year's election campaign Trudeau promised to repeal "problematic elements" of the new law.

The legislation gave CSIS explicit powers to disrupt terrorist threats, not just gather information about them.

It also created a new offence of promoting the commission of terrorist offences and broadened the government's no-fly list powers. In addition, it expanded the sharing of federally held information about activity that "undermines the security of Canada."

The Liberal government has committed to ensure all CSIS warrants respect the Charter of Rights and Freedoms, to preserve legitimate protest and advocacy and to define terrorist propaganda more clearly.

It has also introduced legislation to create a committee of parliamentarians to keep an eye on the security and intelligence activities of CSIS and more than a dozen other federal agencies.

Trudeau said the committee of seven MPs and two senators — cleared to see secret information — will strive to ensure these agencies are "protecting Canadians from everything we need to be protected from and that they are obeying the laws and the values that we hold dear as Canadians."