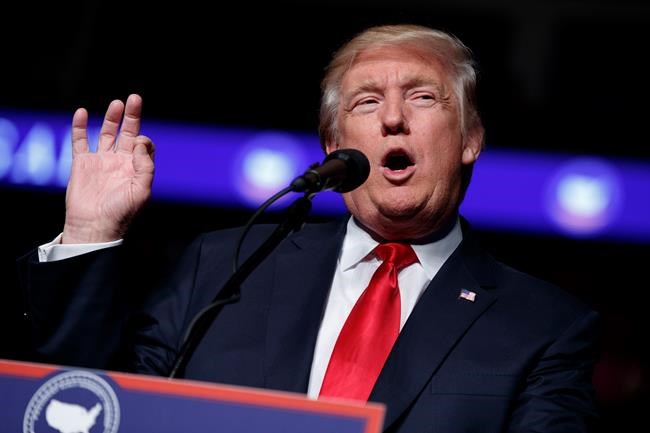 For eight years, President Barack Obama's foreign policy doctrine has been rooted in a belief that while the United States can take action around the world on its own, it rarely should.

His successor, President-elect Donald Trump, has derided some of the same international partnerships Obama and his recent predecessors have promoted, raising the prospect that the Republican's "America First" agenda might well mean an America more willing to act alone.

"The United Nations has such great potential but right now it is just a club for people to get together, talk and have a good time," Trump tweeted days after the UN Security Council approved a resolution condemning Israeli settlements in the West Bank and east Jerusalem. Both Israel and Trump called on the U.S. to use its veto power to block the measure, but the Obama administration instead abstained.

Trump's criticism of the United Nations is shared by some in his party, including a handful of GOP lawmakers who have called for Congress to withhold funding for the body following the settlements vote.

Some of Trump's other positions have drawn swift rebuke from Republicans, particularly his criticism of NATO during the presidential campaign and his suggestion that the U.S. might not defend partners that don't financial obligations to the longstanding U.S.-European military alliance.

Trump has also challenged the necessity of multilateralism in his economic agenda, pledging to scrap the 12-nation Trans-Pacific Partnership trade accord in of one-on-one agreements that he says will be more to U.S. businesses and workers.

With Trump still about three weeks away from taking office, it's unclear how his campaign rhetoric will translate into action. Even as he has criticized the U.N. and NATO, he has vowed to "aggressively pursue joint and coalition military operations" with allies to take on the Islamic State militant group. What those military operations might entail is uncertain, given that Trump's views on national security have been both isolationist and muscular, including his recent call for expanding U.S. nuclear capabilities.

Richard Grenell, who served as U.S. spokesman at the United Nations during President George W. Bush's administration and has been working with Trump's transition team, downplayed the prospect that Trump will withdraw from or even disregard the U.N. and NATO once he takes office.

"Trump is talking about reforming these organizations so that they live up to their ideals, not about abandoning them," Grenell said in an interview.

Obama has also been critical of U.S. partners at times, telling The Atlantic magazine earlier this year that some U.S. allies were "free riders" eager for Washington to solve the world's problems. Obama also has pushed NATO partners to live up to an agreement that they spend at least 2 of their country's gross domestic product on , a guideline only a few members adhere to.

But the president's major foreign policy decisions have highlighted his belief that the U.S. is better served acting in concert with other nations — and that a lack of involvement from allies should be a warning sign to Washington. Both Republican Presidents George H.W. Bush and George W. Bush were also proponents of coalition-building before taking drastic action overseas.

With the support of the U.N. Security Council and NATO allies, Obama joined the bombing campaign in Libya in 2011. He backed away from plans to launch airstrikes against Syria in 2013, spooked in part by the British Parliament's refusal to authorize its military to participate and scant willingness among other allies to join the effort.

On the diplomatic front, Obama's administration worked alongside five other nations to secure a landmark nuclear accord with Iran and partnered with the European Union to level economic sanctions against Russia for its provocations in Ukraine.

Like much of Obama's approach to foreign policy, his preference for acting as part of a coalition was shaped by lessons learned from the Iraq war he inherited from George W. Bush. While numerous other countries were part of the war at the start, the U.S. had by far the largest commitment and bore the brunt of the casualties and the financial burden. Responsibility for quelling the sectarian violence and instability that consumed Iraq after the 2003 invasion also fell predominantly to the U.S.

During a foreign policy address in 2014, Obama chastised those who criticized him for seeking to share burdens with other countries and who saw working through institutions such as the U.N. as a "sign of weakness."

When crises arise that do not directly threaten the U.S. but still demand action, Obama said, "We have to work with others because collective action in these circumstances is more likely to succeed, more likely to be sustained (and) less likely to lead to costly mistakes."