Garneau will be under plenty of scrutiny in 2017 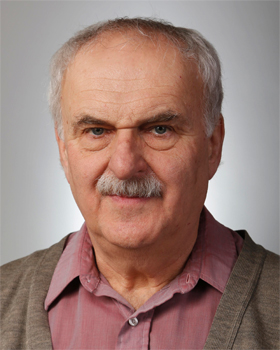 Transport Minister Marc Garneau has laid out an ambitious agenda in his Transportation 2030 strategy and turning the initial cross country praise for it into ongoing support will be no easy task.

While legislation to improve air travel drew a lot of media attention, for business groups the focus was on a bill the minister promised for next spring to balance the power of the railways and their customers.

Garneau said the legislation will allow reciprocal penalties in service level agreements between railways and their customers, better define adequate and suitable service and improve access to the Canadian Transportation Agency for shippers with service complaints.

The 2030 strategy is based on recommendations from the Canada Transportation Act review headed by former cabinet minister David Emerson and consultations by Garneau and his department.

The government also wants to break down the transport mode silos so the railways, truckers, ships, ports, airline and airports work as seamlessly as possible with shippers.

That approach meshes with the Emerson theme of enhancing trade and transportation corridors so Canada’s exporters aren’t disadvantaged by the distances from customers.

The government has already unveiled its Ocean Protection Plan to both enhance the marine environment and improve ship navigation. Another big initiative will be the creation of a private transport data collection operation, perhaps along the lines of the western grain transport monitor, to track trends in the transportation network. It will be crucial to ensuring the right infrastructure is built.

The Grain Growers of Canada said the Transport 2030 vision “demonstrates that the government recognizes the importance of agriculture and rail shippers in our country’s economy. Canada’s grain farmers rely on efficient and competitive rail service to deliver products to markets all around the world”, says President Jeff Nielsen.

The Canadian Federation of Agriculture welcomed plans to resolve longstanding issues linked to service agreements between shippers and railways. However it was concerned about the lack of information on the government’s intentions are for the MRE regulation that protects farmers, who lack competitive options when it comes to shipping grain, said President Ron Bonnett.

MRE was introduced by the Chretien government in 2000 to limit what CN and CP can charge farmers for hauling grain. CFA said it remains “an essential component of modernizing the Canadian Transportation Act.

“Transportation costs represent a significant portion of western grain farmers’ expenses. That’s why farm groups have been advocating for a full costing review, which would lead to an accurate and up-to-date MRE,” Bonnett added. “We’re still waiting for the government to fulfill their promise to launch the costing review, as they had stated they would, prior to the 2015 election.”

“Transportation is a vital issue that impacts Canada’s competitiveness and export performance, and lack of access to a reliable and efficient system has challenged the forest sector,” says Derek Nighbor, the CEO of FPAC. “We are delighted that the government is now taking action that will help the forest products industry get its goods to market and support Canada’s future growth and prosperity. We look forward to working with the government and our transportation partners on our shared interest of improving our transportation system.”

The largely rural-based forest products industry is an export sector that has often faced bottlenecks and struggled to access reliable and effective transportation to get its goods to market in a timely manner. Transportation alone represents up to one-third of the production costs of any forest products firm.

Mining companies require an effective and reliable transportation network to get their goods to market and to grow their businesses, said Pierre Gratton, President and CEO of MAC. “The reliability of the transportation network is also a key consideration when companies determine whether or not to invest in Canada. We are hopeful that the government delivers on its commitment to create a more transparent and balanced transportation system.”

Wendy Zatylny, President of the Association of Canadian Port Authorities, said that while there are many details in the 2030 strategy “to be filled in, this is very much a good foundation to work from.”

Ports need the ability “to be flexible and able to adapt to changing market forces,” she said. “Measures such as the removal of barriers to financial flexibility would empower port authorities to pursue trade-related opportunities and reduce current restrictions that may serve as obstacles to growth. We live in a highly-competitive world and it is critical that

Canada has the policies in place to ensure we are able to maintain continued growth and prosperity.”

A proposed Canada Infrastructure Bank needs to “recognize the value of small and large projects, inland as well as tri-coastal transportation, and trade corridors that span the country.” A study by ACPA and Transport Canada “found a capital investment requirement of $5.8 billion to meet growing demand. Of this, $1.9 billion (or 33%) is related to the rehabilitation of existing port assets. Public funding of strategic port infrastructure is critical to assist in maximizing Canada’s economic output.”

If Garneau and his officials can deliver the main elements of Transport 2030, it could become as a big a milepost as Don Mazankowski’s Freedom to Move was back in the 1980s.

Alex Binkley is a freelance journalist and writes for domestic and international publications about agriculture, food and transportation issues. He’s also the author of two science fiction novels with more in the works.
The views, opinions and analyses expressed in the articles on National Newswatch are those of the contributor(s) and do not necessarily reflect the views or opinions of the publishers.
Click here for more political news headlines
Tweets by @natnewswatch