Spooky Action at a Distance and the Redefinition of Power 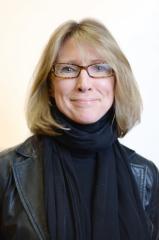 The Le Carré-ish tale of Russia’s narrative manipulation of America’s presidential election is more than a geopolitical inflection point, it’s an object lesson in the redefinition of power.

In the two decades since the dawn of the Fourth Industrial Revolution brought on by the internet, power has shifted from the post-Cold War status quo of a U.S. unipolarity based on the triumph of ideas (above all democracy — including free and fair elections, a free press, respect for human rights and a baseline requirement for truth in public life) and military supremacy to a global power realignment based on technological advantage that disregards conventional weaponry, borders, institutional silos, ideology and the fundamental principles of the postwar liberal world order.

It should come as no surprise that the most public indication of this realignment so far was orchestrated by intelligence interests, since intelligence agencies have accrued an overwhelming technological advantage spurred by the confluence of the digital revolution and a massive post-9/11 increase in funding and legal authority — an evolution as true in Russia, where Chechen terrorism was justifying those changes years before the Islamic State was born, as in Western countries.