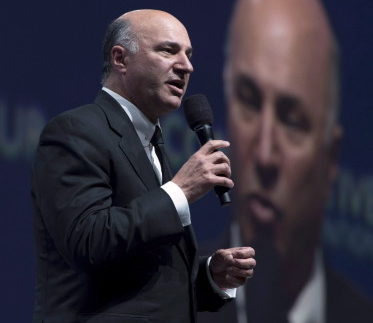 Canadian businessman Kevin O'Leary speaks during the Conservative Party of Canada convention in Vancouver, Friday, May 27, 2016. THE CANADIAN PRESS/Jonathan Hayward

“I think the next five years are going to be just amazing, and ‘Hail King Trump’ is what I say,” O’Leary said in a recent Q&A session at Benzinga’s Detroit office.

“When I started my company, there was only place on earth to do it,” O’Leary said. “It was here — the capital, the market, the lowest taxes and the least regulations. Everybody comes to America to start a company. We lost our way a little bit, and we’re coming back.”