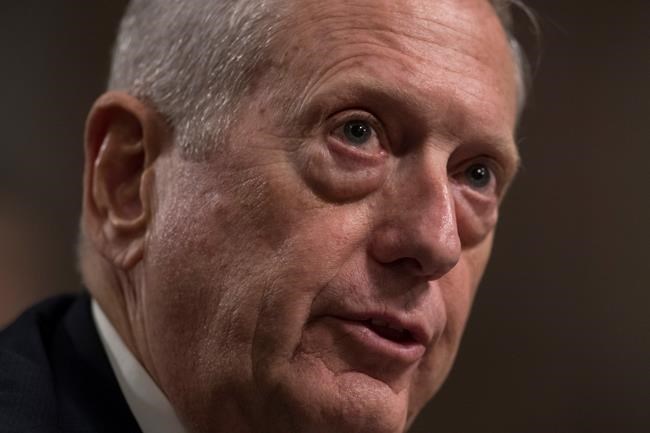 WASHINGTON — Donald Trump's pick to lead the State Department has stoked confusion over the U.S.'s South China Sea policy by appearing to advocate a blockade of Chinese man-made islands.

A person familiar with deliberations inside the Trump transition team was aware of no such planning, raising the likelihood that Rex Tillerson misspoke Wednesday at his Senate confirmation hearing for secretary of state. The individual was not authorized to speak on the record and demanded anonymity.

Restricting Chinese access to contested islands and reefs in the South China Sea would be seen as highly confrontational. It would also contradict Washington's support for the principle of freedom of navigation in waters critical to world trade. Beijing asserts sweeping sovereignty over the area, despite rival claims by several of its Asian .

But an opinion piece in the state-run China Daily strongly criticized the former Exxon Mobil CEO, accusing him of "undisguised animosity toward China."

"As many have observed, it would set a course for devastating confrontation between China and the U.S.," said the piece in the newspaper's U.S. edition. "After all, how can the U.S. deny China access to its own territories without inviting the latter's legitimate, defensive responses?"

Past U.S. administrations have routinely entered office vowing a tougher line on China, only to back down. Trump has threatened to impose punitive tariffs to address America's trade imbalance with China and tested ties by questioning the longstanding U.S. policy on the status of Taiwan.

At his confirmation hearing for secretary on Thursday, retired Gen. James Mattis said China's militarization of the South China Sea posed a threat to global order.

But Mattis was less combative than Tillerson. Asked about the oil man's comments, Mattis said the U.S. needed an integrated government approach to avoid an incomplete or incoherent strategy. He emphasized the importance of freedom of commerce and nurturing U.S. alliances in the region.

"The bottom line is that international waters are international waters and we have got to figure out how do we deal with holding on to the kind of rules that we have made over many years that led to the prosperity for many nations, not just for ours," Mattis told the Senate Armed Services Committee.

China has reclaimed more than 3,000 of acres of land and constructed military-grade infrastructure, and reportedly installed weaponry, on reefs and islets mostly in the Spratly Island chain. China denies any intent to restrict freedom of navigation but has objected when the U.S. Navy has sailed close to the islands.

Tillerson accused Beijing of "declaring control of territories that are not rightfully China's," comparing its island-building efforts and deployment of military assets to Russia's 2014 annexation of Crimea — an action that ended up prompting tough U.S. and European sanctions.

He said: "You're going to have to send China a clear signal that first the island building stops, and second your access to those islands is also not going to be allowed."

Blocking Chinese access to the island "could spark armed conflict," said Mark Fitzpatrick, at the International Institute for Strategic Studies. "I can't help but think that he did not mean it this way,"

"The muted Chinese reaction gives him the benefit of the doubt," Fitzpatrick said.