The Friday news briefing: An at-a-glance survey of some top stories 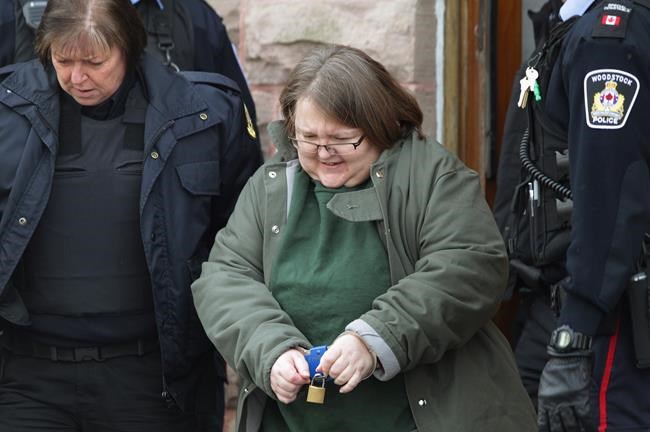 Highlights from the news file for Friday, Jan. 13

MORE CHARGES AGAINST FORMER ONTARIO NURSE: Six more charges have been laid against a former Ontario nurse accused in the deaths of eight seniors.  Elizabeth Wettlaufer appeared in court Friday.  She now faces a total of 14 charges, including eight counts of first-degree murder, four counts of attempted murder and two counts of aggravated assault. The allegations against Wettlaufer relate to her work in long-term care facilities where she worked as a registered nurse, and a private home.

PM DOGGED BY QUESTIONS ABOUT HIS CHRISTMAS HOLIDAY: Prime Minister Justin Trudeau continued his townhall tour on Friday but couldn't escape questions about his family vacation on a secluded private island belonging to the Aga Khan. Trudeau continues to defend his use of a private helicopter belonging to the wealthy spiritual leader, even though the federal Conflict of Interest Act expressly forbids such perks. Trudeau says Canadians expect to have confidence in their government, which is part of the conversation he'll be having with the federal ethics commissioner over what he calls a "personal family vacation."

MORNEAU SAYS HE'LL TAKE TRUMP FACTOR INTO ACCOUNT: Finance Minister Bill Morneau says he'll factor in economic ripples from the incoming Trump presidency in the U.S. when he puts together his budget. Morneau met with a dozen private sector economists in Toronto Friday to hear their economic forecasts.  He told reporters he will be prudent to ensure Canada can deal with the economic environment it finds itself in. There has been some concern that the new U.S. administration could spell trouble for the Canadian economy, particularly if border tariffs are brought in.

CANADA URGED TO TELL TRUMP TO BE WARY OF RUSSIA:  The Trudeau government is being asked to use Canada's longstanding friendship with the U.S. to urge the incoming Trump administration to be cautious of getting too cosy with the Kremlin.  The ambassadors of Ukraine and Latvia tell The Canadian Press that Canada is well placed to advise the Americans. The envoys say new Foreign Affairs Minister Chrystia Freeland can deliver that message to Washington because of her strong network of contacts in the U.S., as well as her past experience as a journalist who reported extensively from Ukraine and Russia. Trump has frequently complimented Putin, even though American intelligence agencies say Putin engineered cyberattacks designed to affect the outcome of the 2016 presidential election.

MILITARY FINALLY CLEARS THINGS UP ABOUT CASUALTIES:  Military officials say none of the seven Canadian soldiers treated at a military hospital in Iraq over the last few weeks was a combat casualty. The military had refused to talk about how the soldiers were injured. Spokeswoman Maj. Kendrah Allison says the service members seen at a Canadian Forces-run hospital near the city of Erbil since the end of November were treated for various medical problems. She says three were treated for illnesses such as gastro or "environmental injuries" such as heatstroke and four were treated for burns, breaks and other "non-battlefield injuries."

SUPREME COURT RULES ON FRACKING CASE:  The Supreme Court of Canada says an Alberta woman can't sue the province's energy regulator as part of her claim that hydraulic fracturing so badly contaminated her well that the water can be set on fire. The court rejected Jessica Ernst's argument that a provincial provision shielding the regulator from legal action was unconstitutional. Ernst began legal action against the regulator and Calgary-based energy company Encana (TSX:ECA) in 2007 and later amended her statement of claim to include the Alberta government. She alleges that fracking on her land northeast of Calgary released hazardous amounts of methane and other chemicals into her well and that her concerns were not properly investigated.

PALLISTER DEFENDS LIVING IN COSTA RICA:  Manitoba Premier Brian Pallister continues to stand by his decision to spend up to two months of the year at his vacation home in Costa Rica. He says it gives him a chance to see his family. After a speech at the Economic Club of Canada in Toronto on Friday, he said he spends about five weeks annually in the central American country — his most recent stay was over the Christmas and New Year's holidays with his wife and children. He says it doesn't affect his ability to do his job.

RATS HAVE FREE RUN OF HALIFAX:  Nova Scotia's capital is becoming over run with rats and Halifax is thinking about setting up a specialized team to curb the population explosion.  The city's rat population seemed to explode last summer, mainly because of a mild winter and a spike in downtown construction projects that drove thousands of rats out of their old haunts near the waterfront. Next week, regional councillors will discuss a new report with recommendations on dealing with the matter.

TRUMP UNCONCERNED ABOUT COMMENTS FROM CABINET PICKS:  Donald Trump says he's not concerned that some of his cabinet picks have contradicted him at their confirmation hearings. He told reporters at Trump Tower in New York Friday that he's instructed the nominees to "be yourself and say what you want to say." Trump says potential disagreements "all get worked out." Trump's plans to build a Mexican border wall, reintroduce torture and to ignore the impact of climate change were among those disputed by his picks this week on Capitol Hill.

TWO SUSPECTS IN NIGHTCLUB ATTACK APPEAR IN COURT: A Turkish court has remanded in custody two Chinese citizens over their alleged links to a deadly gun attack on an Istanbul nightclub that killed 39 people including a Canadian. Turkey's news agency says the two suspects are accused of membership in an "armed terror organization" and of assisting in 39 counts of first-degree murder. The Islamic State group has claimed responsibility, saying the attack was in reprisal for Turkish military operations in northern Syria.