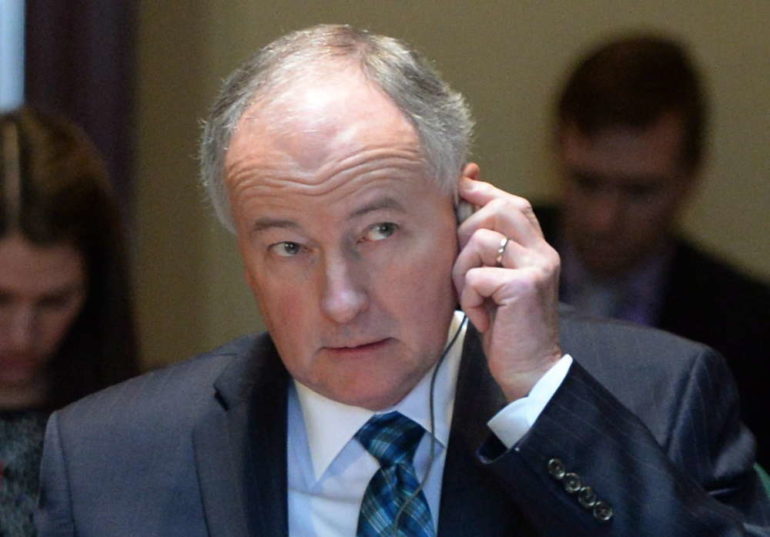 Defence Minister Rob Nicholson appears at a House of Commons standing committee on defence on Parliament Hill in Ottawa on Thursday, April 3, 2014. THE CANADIAN PRESS/Sean Kilpatrick

After nearly 10 years of serving in several high-profile federal cabinet posts, Rob Nicholson had to adjust to life as an opposition MP in 2016.

The 21-year federal politician is an elder statesman in the Conservative party and was an integral part of the Tory government under former prime minister Stephen Harper between 2006 and 2015.

Nicholson was appointed Canada’s leader of the government in the House of Commons, minister responsible for government reform, justice minister and attorney general, defense minister and foreign affairs minister.

The Liberals won power in the October 2015 election, but Nicholson retained his seat as MP for the Niagara Falls riding.

In his first full year in opposition, the veteran politician introduced a private member’s bill calling on the government to take a leadership role in the fight against Alzheimer’s.