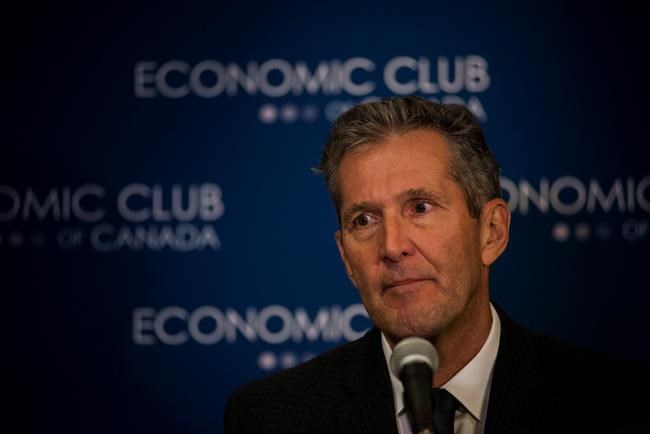 WINNIPEG — Manitoba's premier is being criticized for saying indigenous people shouldn't be night hunting and that the practice is creating a "race war."

Brian Pallister made the comments to fellow Progressive Conservatives earlier this week in Virden, Man.

"Young indigenous guys going out and shootin' a bunch of moose 'cause they can, 'cause they say it's their right, doesn't make any sense to me," he said in a speech, which was recorded by the local radio station CJVM.

"This is a poor practice. A dumb practice ... It should stop.

"So what are we doing? We're organizing to bring indigenous people together and say the same thing I just said to ya, 'cause it's becoming a race war and I don't want that."

The province's hunting guide says indigenous people have the right to hunt at night where it is safe, but it is illegal for others.

The premier said in an emailed statement Friday that night hunting is a dangerous practice for everyone and that "rights do not trump responsibilities." He said the government is reaching out to indigenous communities on the issue.

"You're a dinosaur if you're talking like that," Kinew said.

Kinew said that as an aboriginal man, he hunts, but not at night because it isn't safe.

"There are reasonable people on all sides of the issue," he said. "But the problem is reasonable voices get crowded out by inflammatory comments like 'race war.' The premier's got to own up to that. He's got to recognize this was reckless and he should apologize."

Grand Chief Derek Nepinak with the Assembly of Manitoba Chiefs said Pallister's remarks are damaging to reconciliation in rural Manitoba.

"Whether you see the issue politically or from the lens of responsible leadership, the comments are unnecessarily inflammatory and only add to the difficulty in addressing long-standing challenges that indigenous hunters have faced in accessing our traditional hunting territories."

"Use of terms like 'race war' are thoughtless, Premier, we all are one race — the human race," she said in a release. "Indigenous hunters fought for over a century to have this treaty right honoured.

Night hunting has become controversial because it is commonly associated with hunters in trucks using high-powered lights to target animals, said Rob Olson, managing director of the Manitoba Wildlife Federation.

In some remote areas, indigenous hunters have long used only moonlight to track moose, Olson said.

The danger, he said, is when night hunting takes place near farms and ranches. Hunters can't see in the dark what's beyond their target.

Bullets have hit homes and cattle by mistake, Olson said. Last fall, an aboriginal hunter died in a night-hunting accident.

Olson's group has been talking with First Nations about the practice and pushing the province to quickly do the same. He hopes the government will follow Saskatchewan and ban night hunting with spot lights for everyone in certain areas. Indigenous groups agreed after the province got the support of elders, he said.

Olson said he doesn't think Pallister was offensive and that tensions are indeed brewing on the issue.

"What I took it to mean is (Pallister) doesn't want a race war and, in that regard, who does?" Olson said.

"Here is the thing: the longer it takes the government to move on consulting and solving the issue, the more tensions that can be created between races, and we've got to avoid that at all costs."