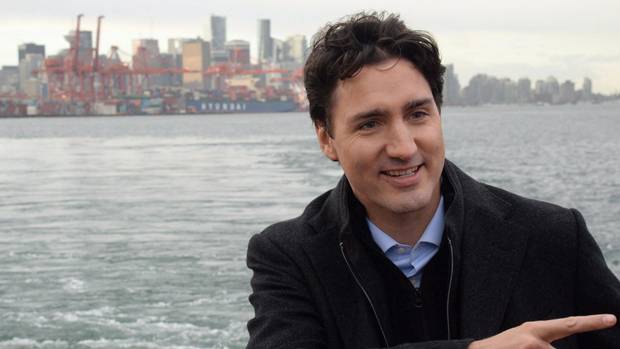 The federal government’s budget goal of boosting agrifood exports to $75 billion annually by 2025 could be derailed by its carbon pricing policy that doesn’t recognize what farmers have accomplished in recent years.

As it’s now cast, the carbon pricing policy could place farmers “at competitive disadvantage compared to other leading food exporters,” Cam Dahl, President of Cereals Canada, told the Senate agriculture committee. That could make farming “an unsustainable business for many.

“With increased costs and lower income, producers will be forced to consider business and cropping alternatives that may not have the same level of contribution to environment sustainability as modern agricultural practices,” he said. They also wouldn’t be producing enough to achieve the $20 billion export increase.

“Canadian grain farmers and exporters face fierce competition around the world,” Dahl said. “If we look at the Canadian trade surplus in the last quarter, agrifood was one the key reasons why Canada has a trade surplus.  It is a driver of the economy and it is an enormously technological industry that has potential to grow.  It is a driver of the economy.  Growing more barley, pulses, canola and cereal crops will absolutely drive the economy and drive growth.

Governments need to “recognize the contribution that agriculture is making and be aware of unintended consequences and that that contribution — if there are policies that make agriculture production more expensive and less economically sustainable — may have the reverse impact.”

Since the carbon policy was announced last fall, farm organizations have been seeking government recognition for the sector’s contribution to carbon emission reductions and its ongoing need for fuel. So far, there has been no acknowledgment of those concerns.

“In the last 20 years, the amount of fuel used to produce a tonne of wheat has gone down by 39 per cent while farmers produced more grain from every acre of land,” he said. “This is an incredible story, especially at a time when governments around the world are searching for policies to reduce energy use.

At the same time, Canadian farmers are improving the health of their soils by increasing organic matter, he said. “Every bit of that increase in soil organic matter is sequestered carbon.  Farmers are locking away carbon while improving soil health. They do this without any government regulation forcing them into action.”

Dahl estimated the value of the current amount of carbon dioxide sequestered in farm land at just under $1 billion.

The carbon tax is intended to lower greenhouse gas emissions to stem the influence of climate change but in agriculture it could have the opposite effect, he said. “An understanding by policy-makers of modern agriculture practices, and why farmers use these practices, is required.  It is an understanding that can only be gained through close cooperation and consultation in the industry.”

Governments need to improve education services available to farmers “aimed at decreasing the barriers to the uptake of farming practices that demonstrate the greatest potential,” he said. They should also “be supportive of communication efforts aimed at the general public, helping to inform them about the very strong sustainability record of modern agriculture.”

Phil de Kemp, Executive Director of the Barley Council of Canada, told the committee that agriculture “is inherently sensitive to climatic changes and it’s the most vulnerable sector to the risks and the impacts of global change with respect to variability and extreme event.  The risks associated with this are linked to the need for strong risk management framework that allow for the financial protection and sustainability of farms into the future, particularly for new farmers.”

Farmers have adopted many measures in recent decades that have “improved and increased the amount of CO2 that is effectively removed from the atmosphere and stored for sequestration in the soil.” In Saskatchewan alone, the carbon storage in 23 million acres of is “the equivalent of taking 1.83 million cars off the road every year. … For the first time in Canada’s history, agricultural soil sequestered more carbon than was being emitted by agricultural practices in the agricultural sector.

“While existing innovations and adaptation technologies often make good business sense on the farm, they do require public policy support and education to increase the uptake of these techniques in order to tip agri‑business decision making and not offload the cost to producers alone,” he said.