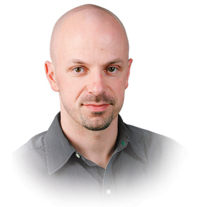 With recent polls showing widespread dissatisfaction with the NDP’s handling of Alberta’s finances and continued opposition to the carbon tax, it seems strange and pointless for conservatives to veer off into more contentious social issues.

Frankly, the NDP would be delighted to have a distraction from economic issues, and newly minted PC Leader Jason Kenney provided them with exactly that last week during his meeting with the Postmedia editorial board.

Kenney’s victory in the PC leadership race has given him a big stage at the moment, and less than two weeks after that victory, Albertans are hearing that his first big policy announcement is to change the rules around Gay-Straight Alliances (GSAs) in schools. Why go down this path at all?

Kenney is of the belief, apparently, that parents should be made aware if their child joins a GSA. It’s not clear exactly what he’s proposing, since the o