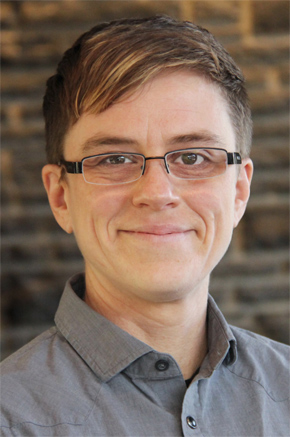 The claim that B.C. LNG will result in emissions reductions in China is one that British Columbians have heard repeatedly over the past four years. The story by now should be familiar: producing and shipping liquefied natural gas from B.C. will be good for the global climate.

The Pembina Institute dug into the numbers for just one of the proposed LNG plants in B.C. and found the math behind this story just doesn’t add up.

Recent claims have asserted that LNG from the Pacific NorthWest LNG project in northern B.C. could displace 60 megatonnes (Mt) of carbon pollution. This figure is based on the unlikely assumption that the LNG would only displace coal. Even then, according to our calculations, this estimate is materially overstated.

Coal is not China’s only option to meet its growing energy demand. As the Pembina Institute has pointed out before, LNG from B.C. would not only compete with carbon-intensive fossil fuels such as coal, but also with low- and zero-emitting sources of energy, including nuclear, hydro, solar, and wind.

In fact, the most likely scenario is that B.C. LNG will displace clean and renewable forms of electricity, resulting in a significant increase to global greenhouse gas emissions.

Grab your calculator and buckle up for our findings.

Petronas-backed Pacific NorthWest LNG plans to export 20.5 Mt of LNG per year via B.C.’s North Coast (1 Mt equals one million tonnes). The project would result in annual carbon pollution totalling around 9 Mt (carbon dioxide equivalent, or CO2e) from its export terminal and associated upstream operations in B.C. Tanker transport and burning of the exported LNG for electricity generation would emit an additional 61 Mt (assuming a 1% methane leakage rate during shipping and downstream operations in export markets). As such, the total emissions associated with PNW LNG are estimated at about 70 Mt per year.

Currently, China relies heavily on coal. In 2015, coal accounted for almost 73% of Chinese electricity while nuclear, hydro, solar, and wind made up 27% of total generation. This gives China’s electricity grid an average emissions intensity of around 770 kilograms CO2e per megawatt-hour (kg-CO2e/MWh). This is 17% more than the life-cycle emissions associated with using B.C. LNG. Assuming all the LNG produced from the PNW facility would displace the average Chinese electricity mix (73% coal, 19% hydro, 3% nuclear, and 5% solar and wind), LNG exports from PNW could reduce global emissions by 12 Mt. China has the most emissions-intensive grid in the region, so the benefits would be lower or negative if the exports went to other countries. This is a far cry from the 60-Mt figure cited earlier.

But the picture gets worse. Looking at the overall energy mix does not give an accurate picture of what is happening in China’s energy system. Last year, while total electricity generation in China increased, coal-fired generation decreased by 3%. Meanwhile, zero-emitting generation rose by 9%, driven by large increases in solar and wind power. (Grid-connected wind capacity grew by 34%, while grid-connected solar capacity rose by 74%.) As such, all incremental power was provided by low- and zero-emitting sources of energy. This trend is expected to continue.

LNG from B.C. would be a new source of power in China, and new sources of power generally compete with other new sources. This is especially true in China, where electricity demand is still growing, and the legacy coal fleet is still relatively young. China is unlikely to shut down coal plants that are already built and have operating life remaining. In light of this, LNG from B.C. is more likely to displace the low-emitting sources of energy — namely, solar and wind — now coming online in China, rather than the polluting legacy assets.

Given recent energy developments in China, the claim that B.C. LNG will only displace coal is unfounded. Rather, the opposite scenario — that LNG from B.C. will displace low- and zero-emitting power sources — is more likely.

If this last scenario comes to pass, the consequences for global emissions will be the opposite of what we need to be striving for. Pacific NorthWest LNG could increase global carbon pollution by 70 Mt per year, more than B.C.’s current total emissions.

No one knows exactly how or even if B.C. LNG might displace current forms of electricity production in Asia. This depends on myriad factors, including the future prices of coal, gas, nuclear, and renewables; global and local climate policy; and societal support and opposition to different energy options. Given the range of possible ways this could play out, any claims that B.C. LNG will have a large global climate benefit should be subject to a simple test: does the math add up? We have yet to be convinced.

Josha MacNab is the B.C. director at the Pembina Institute, Canada’s leading clean energy think-tank. Follow her on Twitter: @JMacNab.