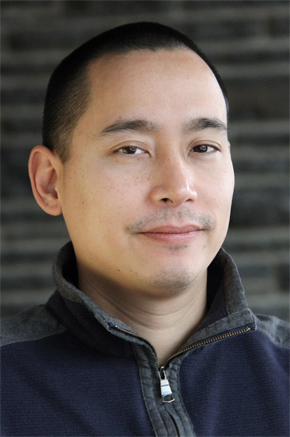 Premier Brad Wall has once again raised the spectre of Saskatchewan taking the federal government to court if it enacts a national price on carbon pollution.

Five months ago, the Justin Trudeau government announced a “federal backstop” starting at $10 per tonne in 2018 and rising by $10 per year to $50 per tonne in 2022. The federal government is expected to release soon a consultation paper containing technical details on the proposed federal carbon pricing backstop mechanism, followed by legislation later this year to create a national carbon pricing benchmark.

“My point to the federal government is, if they think they have the constitutional authority to impose a carbon tax on one or a couple of provinces, then go ahead, bring it forward and we will take this to court,” Premier Wall said on May 8. “We’re reasonably optimistic about our chances and if they are too, that should be their final vindication.”

One of the legal challenges Premier Wall has threatened is based on the constitutional argument that the federal government does not have jurisdiction to enact a federal carbon pollution price.

Nathalie Chalifour has analyzed the federal government’s authority to enact a carbon price in a series of articles published by iPolitics and a lengthy piece in the National Journal of Constitutional Law (Vol. 36). Chalifour is an associate professor in the Faculty of Law and co-director of the Centre for Environmental Law and Global Sustainability at the University of Ottawa.

“The bottom line is that the federal government has ample constitutional authority to implement a variety of GHG emissions policies, whether in the form of a national carbon price, a cap on emissions or other regulations,” Chalifour wrote in one article. “Carefully conceived federal policies can avoid undermining the commendable provincial and territorial efforts already underway — and can also avoid the constitutional challenge Premier Wall has threatened.”

The Pembina Institute asked Chalifour to elaborate on four questions.

Q. What gives the federal government the power to implement a price on carbon pollution in provinces that choose to not meet the federal benchmark?

A. The Canadian Constitution authorizes the federal government to enact legislation on a variety of matters. Depending on its design, a federal carbon price could be justified under a number of heads of power, including criminal law, taxation, and the National Interest (part of the residual Peace, Order and Good Government, or POGG).

The Pan-Canadian Framework on Clean Growth and Climate Change states the federal carbon pricing benchmark is aimed at ensuring that “carbon pricing applies to a broad set of emission sources throughout Canada with increasing stringency over time to reduce GHG emissions at lowest cost to business and consumers and to support innovation and clean growth.” Legislation to enact a measure with this goal would most likely be justified under POGG, which authorizes legislation on national issues, or the criminal law power, which is the authority under which current GHG regulations are justified.

Q. Why does it matter whether the federal carbon price is implemented as a tax or regulation?

A. It matters because of Section 125 of the Constitution, which states that the federal government cannot tax provincial property, and vice versa. If the federal government implemented its carbon price in the form of a true tax (a measure designed to raise revenue), any province could argue that Crown-owned resources should be exempt from paying the tax. However, since the federal government has made it clear that the purpose of the carbon price is to reduce GHG emissions and support innovation and clean growth, and has stated that all revenues would be returned to provinces, it would not likely be characterized as a tax in the constitutional sense. Its purpose is clearly not to raise revenue for general purposes.

Section 125 does not apply to measures that are justified under other powers. In characterizing the carbon price, courts are less concerned with the name of the measure (e.g. tax, levy, price) and more concerned with its true purpose and effect.

Q. Are there any grounds on which the Saskatchewan government would have a strong case to challenge a federal price on carbon pollution in court?

A. The provinces have broad legislative powers over energy and resources within their boundaries. This does not, however, mean that a federal law which impacts provincial resources (for instance, by pricing carbon) is necessarily invalid. Most federal laws impact provincial interests in some way. The key is that the federal law must be validly enacted under a federal head of power.

The National Interest power under POGG gives the federal government jurisdiction to legislate when an issue spills outside provincial boundaries and requires national intervention to address it. The courts use a test which asks whether the failure of even one province to cooperate could create adverse consequences for the residents of another province or territory, or the federal government’s interests. If the answer to that question is yes, appropriately circumscribed federal intervention is justified. (There is more to the analysis than this, but this “provincial inability” test is key.)

Lack of cooperation by a jurisdiction such as Saskatchewan could certainly jeopardize the federal government’s ability to meet its Paris target, and could have adverse consequences for the residents of another province or territory. The fact that GHG emissions from one jurisdiction can impact the interests of another render it a national, indeed a global, issue.

Q. How might the federal government defend its carbon price against a possible legal challenge?

A. In my view, Parliament is on solid constitutional ground with its national carbon pricing benchmark. It will of course be important to carefully design the actual legislation to reduce the risk of a challenge.

Premier Wall may wish to redirect his energies to viewing decarbonization as an economic opportunity for Saskatchewan rather than tilting at constitutional windmills.

Carbon pricing is an economically efficient policy tool to address rising levels of carbon pollution — and it has support from both ends of the political spectrum. It promotes innovation and ensures that those technologies and solutions that deliver the best results are the ones that thrive and go on to be competitive exports in a rapidly decarbonizing global economy.

Carbon pricing has a long track record in B.C., where it has been successful at reducing emissions while growing a strong economy. Québec, Ontario, and Alberta have more recently adopted it. (It’s worth noting, however, that Alberta has had a carbon price for large industrial emitters since 2007.) Indeed, 86% of Canada’s population is already covered by a carbon price, and this number will rise to 100% by 2018 under the national benchmark.

Canada’s approach to pricing carbon pollution has the potential to be an example to the world. See the Pembina Institute’s new backgrounder for a look at the current state of carbon pricing policies in Canada and seven recommendations aimed at ensuring the new national benchmark approach is successful.