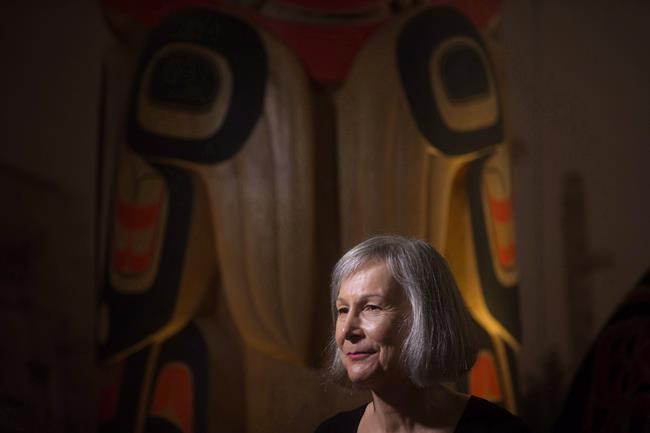 VANCOUVER — The head of the national inquiry into missing and murdered indigenous women says the commission accepts full responsibility for delays and poor communication but more time and money are needed to finish the "tremendous work" that has already been done.

Marion Buller responded Friday to concerns outlined in an open letter from more than 30 advocates, aboriginal leaders and family members that the process is in "serious trouble."

The problem is one of communication, Buller told a news conference at the First Nations House of Learning on the campus of the University of British Columbia.

"The top priority for the national inquiry is to let the whole country know the tremendous work we have already done and the work that we plan to do and how we're going to carry out that work."

Buller, the first female First Nations judge in B.C., and four other commissioners are overseeing the inquiry, which launched in September and was expected to take two years and cost $53.8 million. Buller said work has begun on a new timeline and budget, but couldn't say when details would be released.

Earlier this week, Indigenous Affairs Minister Carolyn Bennett responded to the open letter, saying she shares the concerns of family members who are growing more anxious about the inquiry.

The group, which published its comments Monday on the website of Metis artist Christi Belcourt, said it is aware the commission faces a difficult challenge, but it noted immediate action must be taken to shift the current approach and prevent damage.

Buller said she understands that some people want the commission to proceed faster and she hears the frustration of those who have waited up to 40 years for answers.

But she said there are others who are telling the commission to take its time and be careful and respectful so that it doesn't cause any more damage or retraumatize people.

"I understand where they are coming from too, because they don't want the hurt to continue," Buller said.

"The commissioners and I share one important concern above all, and that's our fear of retraumatizing people," she added. "It's a concern we live with daily and we take very seriously."

Buller said a lot of work has been done behind the scenes and she still expects to release the commission's first report in November.

"There is still a lot of hope out there," she said. "We still enjoy the support of many family members across Canada, many survivors across Canada. We continue to receive letters, emails, telephone calls of people saying we support what you are doing. We receive some great comments of what we can do better."

Buller said the commission could have started a courtroom-like inquiry months ago because that has been done many times before, but this inquiry is different.

The commission is set to hold its first public hearing May 29 in Whitehorse in a tent instead of a courtroom.

Other community meetings won't take place until later in the fall at the earliest.