Trudeau heads to NATO, G7 summits, where Trump is top of mind for world leaders 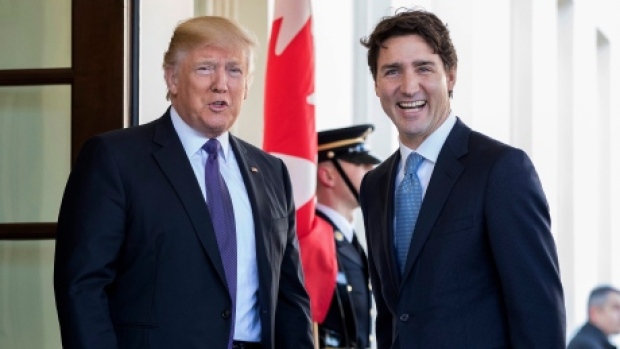 Prime Minister Justin Trudeau heads to Europe this week for the NATO and G7 summits, where global leaders are trying to figure out exactly how the world works now that U.S. President Donald Trump is at the table.

The future of military alliances, the fight against climate change and even free trade all hang in the balance as the new man in the White House sits down and lets them all know his plans — or maybe not.

“Predicting what this president does would be virtually impossible,” said David Perry, a senior analyst with the Canadian Global Affairs Institute, delivering a common answer to the question of what to expect this week.

“Fireworks would be the baseline expectation of some sort.”

On Thursday, Trump, in the midst of his first foreign trip as U.S. president, will sit down with Trudeau and other leaders at the NATO summit at the group’s new headquarters in Brussels.

Candidate Trump declared on the campaign trail that NATO had outlived its usefulness — a stance he reversed last month.

The ad hoc meeting was organized essentially to introduce the new U.S. president to the 28-nation military alliance and have Trump outline his vision for NATO’s future objectives.