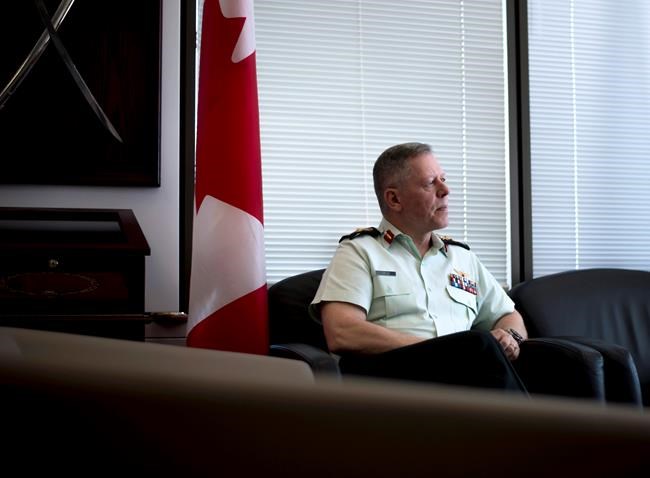 OTTAWA — Public perceptions about armed drones have been clouded by Hollywood, Canada's top soldier said Thursday as he insisted the Canadian Armed Forces won't be using its stealthy new technology for so-called black-ops missions like assassinations.

"The fact that they're armed, I think people have this idea, kind of a Hollywood view of assassination by that," Gen. Jonathan Vance, the chief of the defence staff, said in an interview with The Canadian Press.

The Liberal government's long-awaited new defence policy, released Wednesday, said Canada's military would be authorized for the first time to purchase and use armed drones, also known as unmanned aerial vehicles, or UAVs.

That decision represents one of the most notable shifts in the new policy, in which the Liberals promised to spend an extra $62 billion over the next 20 years to expand and strengthen the military.

Questions have swirled over how the Liberals plan to fund such a massive new investment, given the government's current fiscal reality, which already includes years of projected multi-billion-dollar deficits.

A Finance Department official said Thursday that the planned increase was accounted for in the government's long-term planning assumptions and "doesn't materially change the government's fiscal outlook."

Proper funding is required if the government wants to fully realize its new vision for the military, including more troops and fighter jets, Vance said.

But Vance described the policy as "realistic," in part because of the detailed costing that went into it and expressed confidence that the money would materialize.

"The resources are in the fiscal framework," he said. "The minister has been very clear that National Defence and Finance Canada and central agencies have worked together."

The acquisition and use of armed drones has been sharply debated both at home and abroad, with much of that debate centred on the U.S. use of UAVs to assassinate hundreds of people in various parts of the world.

That includes strikes against what the U.S. says were extremist leaders in Pakistan, Yemen, Somalia, Afghanistan and Libya — attacks which non-governmental associations, human rights groups and others say also killed many civilians.

The Canadian military plans to use armed drones in much the same way as other conventional weapons, such as fighter jets and artillery, said Vance.

"There are rules of engagement, there is an approved target, there is the absolute commitment to avoiding any collateral damage, any harm to a civilian population," he said.

"So to us, it's just another weapon."

Canadian soldiers relied heavily on the U.S. to provide drone support in Afghanistan, he added, noting that such weapons are a critical part of a modern military force.

"We have talked about remotely piloted vehicles of many different types and we know that's going to be part of the defence mix moving forward for most countries, if not all countries," Trudeau said.

But the move has nonetheless prompted questions from some organizations that have been on the frontlines in raising concerns and awareness about the legal grey zone around such weapons.

"The decision to acquire armed drones to 'provide a targeting and precision capability' is of considerable concern given the complete lack of an international control regime for such systems and the many, many examples of egregious misuse of armed drones in conflict zones," Peggy Mason, president of the Rideau Institute, said in an email.

Vance also welcomed the government's decision to move the military position on cyberwarfare from purely defensive to allowing it to conduct cyberattacks when necessary.

"It is impossible to conceive of a successful military operation or military posture without there being the cyber element to it," Vance said.

"You can't play a hockey game with just the goalie. Even active or offensive cyberoperations, strictly for the purposes of defence, requires you to operate in that offensive mode."