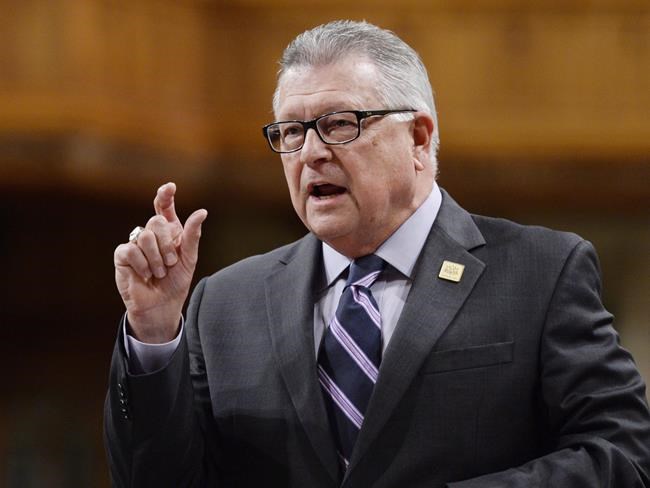 It will include more robust oversight of the Canada Border Services Agency along with changes to ensure existing security watchdogs can exchange information and collaborate more easily on reviews.

The extensive package of legislation will also follow through on Liberal campaign promises to repeal some elements of omnibus security legislation brought in by the Conservatives after a gunman stormed Parliament Hill in 2014.

The Trudeau government has committed to ensuring all CSIS warrants respect the Charter of Rights and Freedoms, to preserving legitimate protest and advocacy, and to defining terrorist propaganda more clearly.

It has also pledged that appeals by Canadians on the no-fly list will be subject to mandatory review.

The Liberals say the goal is to strike a balance between keeping Canadians safe while respecting their rights and freedoms.

This bill, and another tabled Monday dealing with Access to Information, come as MPs prepare to dash off to their ridings for the summer, which means the legislation is unlikely to face serious debate until the fall.