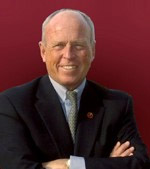 Emergencies come in all shapes and sizes. In Ontario, unpredictable weather is a fact of life that can have devastating effects on people and property. Then there are the man-made ones such as gas leaks, chemical spills, terror attacks, and child abductions.

You’re either prepared for emergencies or you’re not. Simply put, we are not. At least, not as well as we could be.

Canadians currently receive emergency warnings through every major medium except cellphones. That might seem like a small piece of the puzzle but cellphone alerts have become increasingly necessary to emergency preparedness in an age when so many people are cutting the cords of traditional media.

Today, 85 percent of Canadian households have mobile phones while just under a third have cable subscriptions. Even without those figures, all you have to do is spend some time on a bus or in a coffee shop and you’d be hard-pressed to find anyone not glued to their phone, tablet or laptop.

This points to the necessity of expanding public alerts to include cell phones, particularly with unpredictable weather patterns and natural disasters on the rise. Emergency management officials always point to early warning systems (EWS) as the best way to prevent loss of life. It’s not difficult to imagine how an alert on your cellphone in a time of emergency could save you, your family and friends or even total strangers.

It’s worth noting that Canada’s not alone on this. At a May 24 meeting in Mexico, the United Nations Global Platform on Disaster Risk Reduction focused on the need to shift from managing disasters to managing the risks of disaster. That included not only making Early Warning Systems more effective and efficient but also coordinating government and telecom efforts to ensure alerts are universal.

Earlier this year in April, the Canadian Radio-television and Telecommunications Commission announced that they were giving telecom companies “approximately 12 months” to implement cellphone emergency alerting system.

After seeing the announcement, my initial thoughts were: “it’s about time and I’ll believe it when I see it.”

You see, we’ve been down this road before with the CRTC.

In 2004, the Senate Committee on National Security and Defence issued what was to be the first of many recommendations to establish a national public alerting system. In 2007, the committee adduced evidence from CRTC spokesman, Scott Hutton that a system featuring interruptive television alerts would be in place by 2009. He repeatedly undertook that if an alert system was not in place on a voluntary basis by 2009, the CRTC would take the necessary steps to put one in place.

But that deadline passed and Canadians had to wait another six years before the CRTC compelled broadcasters to create a national alert system. Even then, some broadcasters dragged their feet on meeting the deadline, and Bell Canada and others were still not fully compliant for several months.

Hence my skepticism about the CRTC’s latest pronouncement. Littered with the seeds of delay and obfuscation, it began with a supposedly firm deadline of next April 6, but then goes on to say that a number of kinks would need to be worked out before emergency alerts can begin. Then it ends by stating that “the Commission expects that this new capability will be available in approximately 12 months.”

Talk about a soft deadline.

The thing is, this isn’t exactly new technology. Smartphones have been in widespread use for more than a decade and the Americans have had a cellphone alert system in place since 2013. In fact, with their matrix of alerting technology (cellphones, sirens, TV, radio) it is almost impossible for Americans not to be warned.

I commend the CRTC for finally calling on telecom providers to get on board with cellphone alerts but I’d sleep a little better if the Minister of Canadian Heritage put the full weight of her office behind the initiative too. Canadians lives may well depend on it.