US plans trade probe over China’s demands for tech transfers 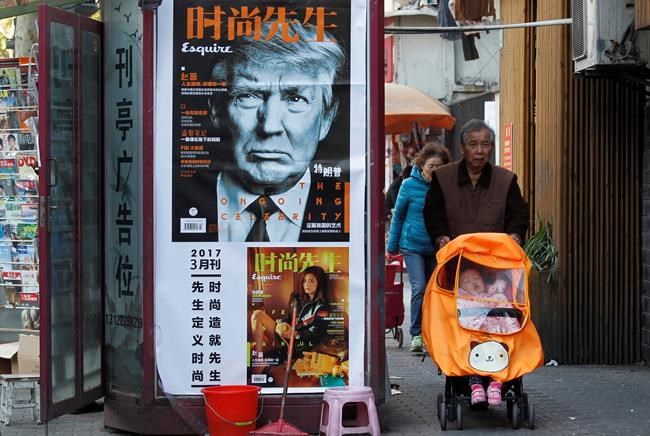 BEIJING — The Trump administration is weighing plans to punish China for forcing U.S. and foreign companies to share their technology in return for access to the vast Chinese market, a personal familiar with U.S. discussions said Wednesday.

The administration is considering invoking the rarely used Section 301 of the Trade Act of 1974, which empowers Washington to investigate Chinese trade practices and impose sanctions, including tariffs, within months, said the person who spoke on condition of anonymity because the plans have not been made public.

The investigation would focus on China's alleged "forced technology transfer policies and practices," the person said, adding that the Trump administration could move to launch such a probe this week.

U.S. and other Western governments and business groups accuse Beijing of unfairly nurturing Chinese competitors — in fields ranging from medical equipment to renewable energy to electric cars — by requiring foreign firms to hand over proprietary technologies in exchange for being allowed to operate in China.

China's Ministry of Commerce did not immediately respond to a faxed request for comment.

These deliberations come as the administration signals a harsher stance on trade than it took in the first six months of Trump's presidency.

Trump temporarily set aside complaints about market access and currency when he met with Chinese President Xi Jinping in April in hopes Beijing would help pressure North Korea to end its nuclear weapons development. But tensions bubbled up last month at a U.S.-Chinese dialogue where U.S. Treasury Secretary Steve Mnuchin blamed China's $347 billion trade surplus with the United States last year on "government intervention in its economy."

The Wall Street Journal and New York Times also reported that U.S. trade officials are discussing ways to counter piracy of copyrights and patents and other intellectual property in China.

U.S. Commerce Secretary Wilbur Ross, in a commentary in Tuesday's Wall Street Journal, outlined a slew of grievances against both China and the European Union that he said contributed to the global U.S. trade deficit in goods of $725.5 billion in 2016.

The Wall Street Journal and New York Times stories also said U.S. officials were looking into using Section 301 of the 1974 Trade Act. Another possibility would be to invoke the "International Emergency Economic Powers Act," a law also enacted during the 1970s that gives the president wide powers to take action after declaring a national emergency, the Wall Street Journal report said.

The administration also was considering how to resist technology-sharing demands from Beijing as part of its ambitious Made in China 2025 program, a blueprint for making China a leader in advanced technologies such as autonomous driving, artificial intelligence, robotics and other industries.

Foreign companies have long complained over rampant piracy and technology theft by Chinese companies. Though he has at times sought a more conciliatory approach, Trump also has lambasted China over such problems and over the massive U.S. trade deficit.