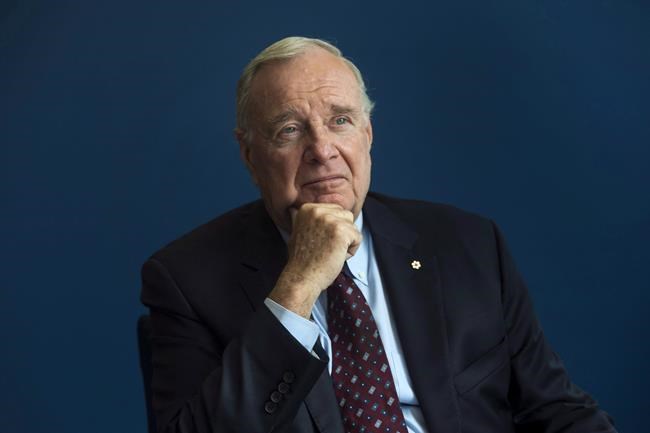 HALIFAX — Former prime minister Paul Martin said he thinks a federal payout to Omar Khadr could have been avoided had Ottawa handled the situation differently from the start.

Speaking after receiving an award in Halifax, Martin told The Canadian Press he wishes Ottawa had taken a different approach in the early stages of the Khadr case, but his own government had to work with the hand it had been dealt.

"I think it was a situation that was not well handled by a succession of governments, and I think obviously hindsight demonstrates that," Martin said in a phone interview Thursday. "Unfortunately, we continued with the precedent that had been established by ... previous governments, and certainly one could argue that more could have been done at that stage, and I wish it had been."

In 2002, the Canadian-born Khadr was imprisoned in the notorious U.S. detention facility in Guantanamo, Cuba, accused of killing an American soldier/medic during a firefight in Afghanistan at the age of 15.

Martin, who became prime minister in late 2003 after serving in the previous Liberal cabinet, said he feels the Khadr case was on track for a federal settlement by the time he came to power.

"Really, by the time we came along, the courts had already decided the payments were there," he said. "If your question is if the thing had been handled from the very beginning, then the answer is yes (a payout could have been avoided), but it was not handled differently at the very beginning."

The Supreme Court of Canada ruled in 2010 that Canadian authorities violated Khadr's charter rights when they interrogated him there, despite the fact he was a minor, had no legal representation and had been tortured.

Khadr subsequently launched a $20-million civil suit against the Canadian government. That was settled in July when the government reportedly paid him $10.5 million rather than pursue what officials said would have been a costly court battle that the government had no hope of winning.

Martin, who has spent much of his post-government life working on education initiatives for Indigenous children, received the Samuel Cunard Prize for Vision, Courage and Creativity on board the Queen Mary 2 cruise liner at the Halifax waterfront Thursday.