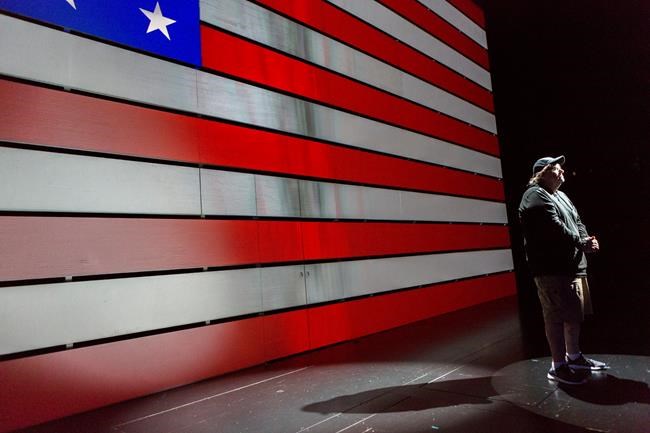 NEW YORK — Things may look bleak for Democrats these days, but Michael Moore thinks he knows how they can get back on top — .

The Academy Award-winning director of "Bowling for Columbine" who is currently starring in his one-man Broadway show says wit can be devastating — and points to Melissa McCarthy's "Saturday Night Live" sketches playing a role in the stepping down of White House press secretary Sean Spicer.

Moore has been doing his part in the anti-Donald Trump movement by ridiculing the president, part of what he calls "an unofficial army of comedy out there that is working to bring him down."