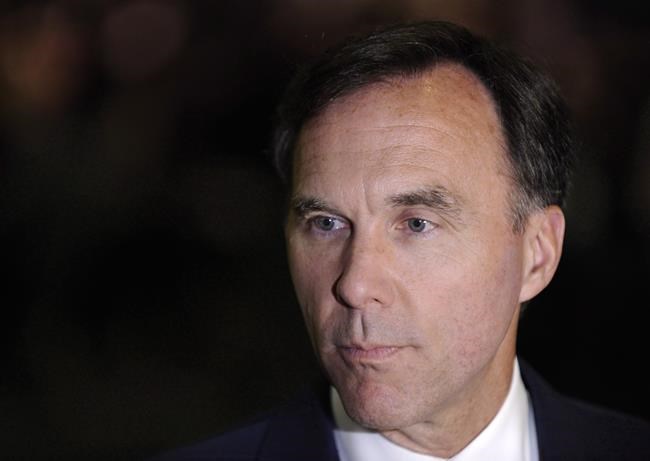 OTTAWA — Bill Morneau is scrambling to calm the fears of nervous Liberal backbenchers who've been inundated with complaints about the finance minister's plan to eliminate loopholes that give some wealthy small business owners an unfair tax advantage.

The finance minister hosted an hour-long conference call Thursday with Liberal MPs, aimed at listening to their concerns, giving them the tools to counter what he considers rampant misinformation about his plan and reassuring them that the government is open to adjusting the proposals to avoid any unintended consequences.

That's in addition to dozens of one-on-one calls Morneau and his staff have been making in recent weeks to quell anxiety among government caucus members.

The conference call came as Liberal MPs prepared to air their concerns and push for changes to the proposals during a caucus retreat next week in Kelowna, B.C.

And it came as opposition to the proposals intensified.

Some 35 organizations across the country representing doctors, lawyers, farmers, financial planners, homebuilders, shop owners and other incorporated small businesses came together Thursday to create the Coalition for Small Business Tax Fairness — billed as "a unified voice to oppose" the proposed tax changes.

"These proposals, while intended to target the wealthy, will hurt middle-class business owners from every sector of the economy," said Dan Kelly, president of the Canadian Federation of Independent Business, a member of the coalition.

"In ten years at the Canadian chamber, I've never seen an issue that has generated greater concern among our members," added Perrin Beatty, president of the Canadian Chamber of Commerce, another coalition member.

Amid that rhetoric, Morneau spokesman Daniel Lauzon confirmed that the minister spent more than an hour Thursday on a conference call with Liberal backbenchers.

"The purpose of the call was really for the minister to listen to his colleagues, to dispel some myths and clearly state why the notion of tax fairness and our promise to the middle class are really at the heart of what we're proposing here," said Lauzon.

The backlash has been building since mid-July, when Morneau released a controversial, three-pronged plan aimed at closing tax loopholes used by a growing number of small businesses, creating what he called an "unfair playing field."

One change would restrict the ability of business owners to lower their tax rate by sprinkling income to family members in lower tax brackets, even if those family members do no work for the business. Another would limit the use of private corporations to make passive investments in things like stocks or real estate.

The third change would limit the ability to convert a corporation's regular income into capital gains that are typically taxed at a lower rate.

Among the myths Morneau is trying to dispel is the coalition's contention that his proposals will impact all small business owners, two thirds of whom are middle-class Canadians earning less than $73,000 per year.

Morneau contends the proposed change to passive investment income will have negligible impact on anyone making less than $150,000 per year.

"Under this amount there is very little benefit from the loophole because you could simply max out your RRSP and TFSA (tax free savings account)," said Lauzon.

"But the more you make, the more you stand to benefit from these loopholes, which effectively provide a tax sheltered account over and above what is available to you, me and everyone else."

Finance officials argue that closing the loophole will affect only those small business owners who still have money to shelter from taxes after they've maxed out their RRSPs and TFSAs each year — something only three per cent of Canadians can afford to do.

That's consistent, they maintain, with the Liberal government's core principle of making the wealthiest one per cent of Canadians pay more so that taxes for the middle class can be reduced and services increased.

Other "myths" include the argument — made by the coalition in a letter Thursday to Morneau — that corporations use passive investments as insurance against emergencies and unforeseen costs. Finance officials say any money set aside for business purposes won't be impacted by the changes, which will apply only to investments made for personal benefit by the business owner.

The coalition argues that the so-called loopholes are intended to recognize the greater risks small business owners face, including using their family homes as collateral against business loans and having no access to unemployment insurance.

But Finance officials counter that those risks are recognized by a host of other preferential tax measures afforded to small businesses, including the lowest small business tax rate among G7 countries. The intent, they say, was never to create an unlimited tax shelter for the wealthy who incorporate their businesses.

Over the past 15 years, officials say the number of Canadian-controlled private corporations has increased by 600,000, to 1.8 million, with many small business owners — particularly professionals such as doctors — incorporating to take advantage of the tax loopholes.