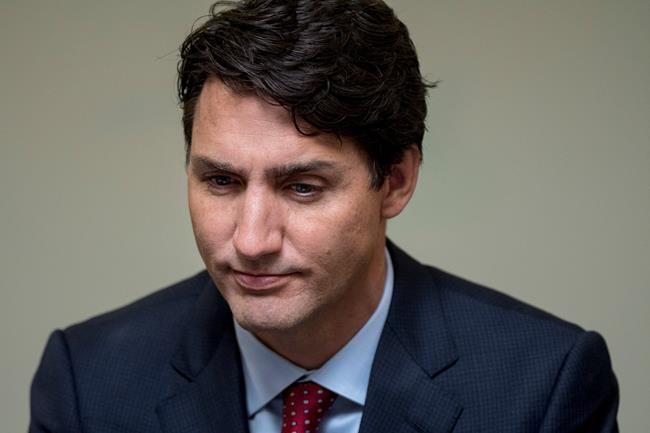 But the prime minister said Friday he "will make no apologies" for the Liberal government's commitment to helping the so-called middle class, even at the expense of the wealthiest Canadians.

Speaking to reporters in Saskatoon, Trudeau acknowledged the backlash over what the government calls proposals to inject more fairness in the tax system by closing loopholes used by a growing number of small businesses.

"I'm hearing feedback from Canadians that want to make sure that this does help the middle class.... I'm happy to have discussions and feedback from interested Canadians who want to make our tax code fairer and we're going to take all of those reflections into account."

Entrepreneurs, major industry associations, tax experts and political rivals have warned the three-part plan would hurt the economy and small businesses, including many whose owners would be considered middle class.

The potential changes under scrutiny include ending a practice that allows business owners to lower their tax rate by sprinkling income to family members in lower brackets, even if those relatives are not active in the business.

Another proposal calls for limits on the use of private corporations as a way to gain tax advantages when making passive investments in things like stocks or real estate.

The third change would limit the conversion of a corporation's regular income into capital gains that are typically taxed at a lower rate.

The government has launched a consultation on the proposed reforms that ends Oct. 2.

Trudeau characterized the changes as being in step with his oft-repeated promise to help the middle class, even if it requires Canada's wealthiest to "pay a little more."

"I will make no apologies for this approach."

Opponents of the plans include a newly formed coalition of more than 40 industry associations.

The group argues that the incentives targeted by the Liberals are designed to recognize the greater risks faced by small business owners. Those include the use of their family homes as collateral against business loans and having no access to unemployment insurance.

The Conservatives have also demanded that the government allow more time for Canadians and experts to study the proposals.

The growing anger over the proposed changes has also created concerns in the Liberal caucus.

Finance Minister Bill Morneau held a conference call this week to ease the fears of Liberal backbenchers spooked after complaints over the proposals poured into their riding offices.

Morneau listened to the concerns of his colleagues and provided strategies to help them counter what he considers rampant misinformation about his plan. He also reassured them the government is open to tweaking the proposals to avoid any unintended consequences.

Many Liberals also expect the tax proposals to be a major theme at next week's caucus retreat in Kelowna, B.C.