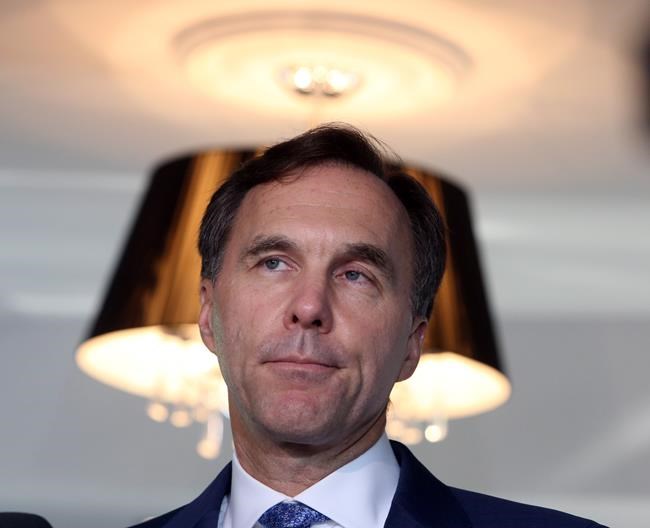 OTTAWA — Not everyone is on board with the way Prime Minister Justin Trudeau has been going after the rich as he defends his Liberal government's controversial tax proposals — and that includes some members of his own caucus.

The prime minister has been sounding defiant as he makes the case for eliminating tax provisions used by a growing number of small businesses, saying the system should not allow wealthy Canadians to pay lower taxes than the middle class.

Montreal MP Nicola Di Iorio said his fellow Liberals would do well to remember that they campaigned for everyone, not just the vote-rich middle class.

"We're not in a class warfare," Di Iorio said Wednesday as he headed into the government's weekly caucus meeting.

It was the dead of summer when Finance Minister Bill Morneau first released the three-pronged plan, which includes restrictions on the ability of business owners to lower their tax rate by sprinkling their income to family members in lower tax brackets — even if those family members do no work for the business.

Morneau also proposed limiting the use of private corporations to make passive investments in things like stocks or real estate, as well as limiting the ability to convert the regular income of a corporation into capital gains, which are typically taxed at a lower rate.

The proposed changes have since sparked a growing revolt by doctors, farmers, small business owners and a number of backbench Liberal MPs, who have spoken publicly about the complaints they have been hearing from their constituents.

The idea of making the wealthy pay more taxes — and the middle class pay less — was a deliberate strategy for the Liberals during the 2015 election campaign, even though the specific details of the latest proposal were never part of the platform.

Still, some Liberal MPs said that has now gone too far.

"The messaging did pit Canadians against each other," said Winnipeg MP Doug Eyolfson, an emergency room doctor. "We did not want to do that and that's something we need to fix."

"I think we have to re-establish our relationship with business and that we're a party that understands the important role that they play in the economy."

"The way the department rollout happened, it looked like there was an attack on certain people, that they were cheats," he said. "These people have done nothing wrong. It got people's backs up right away."

Trudeau, who has promised to let backbench Liberal MPs speak their minds, has said he welcomes the feedback.

"The prime minister is being completely sincere when he says his MPs are free to talk," said Di Iorio, adding he has been under no pressure to stop speaking out.

Montreal-area MP Francis Scarpaleggia, who is the national caucus chair, said he thinks his colleagues have been reassured their concerns are being heard.

He also said he thinks the complexity of the proposals has led to confusion that has complicated the messaging.

"I think as time goes on and it becomes better understood, I think there will be more confidence in this proposal," Scarpaleggia said.

Easter said he does not disagree with the goal of the proposed changes, but said he wants the government to study whether the proposals would help or hurt productivity, competitiveness and investment.

"I understand that hasn't been done yet and that worries me," he said.

During question period Wednesday, Morneau stuck to Trudeau's script about the wealthy, but also said the government would aim for more clarity.

"We are making sure that misinformation and inaccurate facts are dealt with," he said.

"We are going to listen to Canadians and clarify what we are trying to achieve to make sure that everyone knows we are going to end up with a tax system that is more fair."

The public consultation period on the proposed changes wraps up Oct. 2.