Only two ministers ever held indirect assets without a blind trust: Dawson 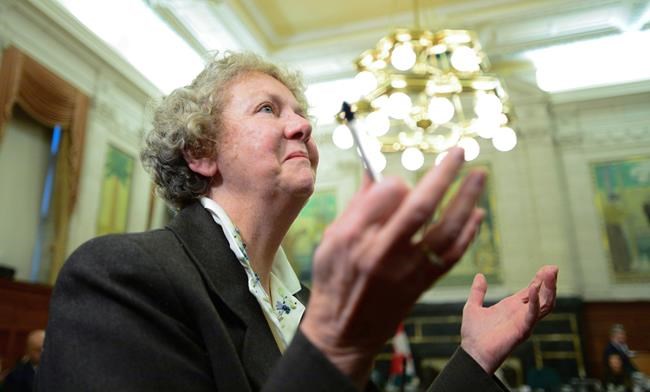 In addition, Dawson says the only other cabinet minister in the current government who ever held indirect shares without a blind trust was Justice Minister Jody Wilson-Raybould, but she has since sold those assets.

It is the clearest statement Dawson has provided to date in the cat-and-mouse game between opposition parties and the Liberal government about which cabinet ministers may be at risk of a conflict of interest.

"There has been much attention given to the number of cabinet ministers who indirectly hold controlled assets and do not have a blind trust," Dawson said in a written statement issued to the media.

"I am commenting now on information that has already been put in the public domain."

Until now, she had said only that the number of ministers with indirect assets and no blind trust was "fewer than five." Although Prime Minister Justin Trudeau finally clarified this week the number was two — Morneau now and Wilson-Raybould previously — the opposition parties continued to question if his claims actually disagreed with Dawson.

Initially she only clarified that "fewer than five" could mean "one, two, three or four."

When that didn't stop the questions, she released the specifics on Friday.

The opposition has bombarded the government with questions about conflicts of interest ever since it was revealed Morneau continued to hold shares in his family business, the human resources and pension management company Morneau Shepell, while he was the minister in charge of regulating the pension industry.

Morneau is in the process of selling those shares.

The Conflict of Interest Act requires public office holders, including cabinet ministers, to use a blind trust if they have any directly controlled assets, such as publicly traded shares, in order to prevent them from using their office to further their own financial interests.

In 2013 Dawson flagged to the previous government that there was a loophole in the law that didn't require a blind trust if assets were held indirectly. In Morneau's case that meant his shares in his family company, Morneau Shepell, were actually held by private companies. Although Morneau was the sole owner of those companies, the act did not require those shares to be placed in a blind trust, so they were not.

Dawson believes the act should be amended to require a blind trust whether assets are held directly or indirectly, but the previous government did not make the change and the current government has made no commitment to doing so either.

On the advice of Dawson, Morneau did put in place an ethics screen, which meant he did not see sensitive information that could have put him in a conflict of interest because of his private finances.

Wilson-Raybould sold her shares in April 2016 but still has an ethics screen regarding her husband's private management consulting business in which she has a significant interest. The screen means Wilson-Raybould does not participate in or receive information about self-government agreements and negotiations involving First Nations and indigenous communities which work with that business.