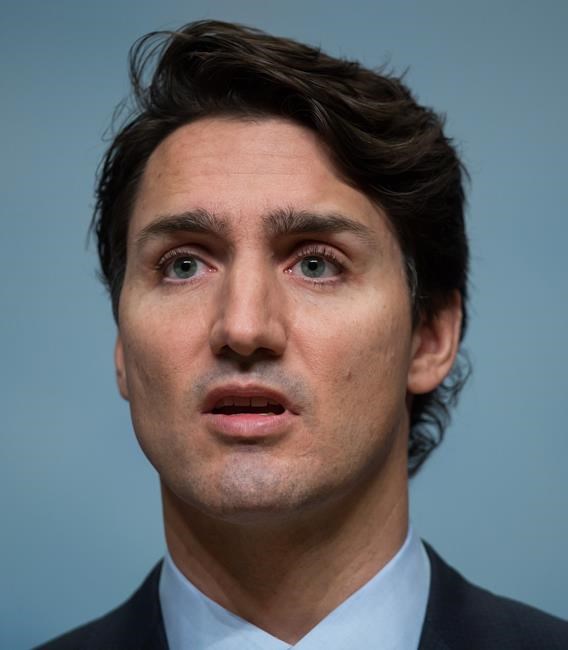 OTTAWA — Canada's new commitment to United Nations peacekeeping has left some international observers questioning whether it will be enough to accomplish another big foreign policy goal: eventually winning a seat on the UN Security Council.

After promising a year ago to provide UN peace operations with up to 600 troops and 150 police officers, the Trudeau government announced this week plans for a rapid reaction force of just 200 soldiers, as well as the services of six helicopters and two transport aircraft, including necessary personnel. Where those soldiers would go remains an open question.

Restoring Canada's reputation as a peacekeeping nation was a key plank in the Liberal foreign policy platform during the 2015 election campaign, part of a broader goal of re-engaging with global institutions, especially the UN.

The government is also planning to run for a temporary two-year seat on the powerful Security Council starting in 2021; to do so, winning the support of two-thirds of the UN's 194 members is an absolute must.

But the large numbers of votes in Africa and Asia — where peacekeepers are most urgently needed — has some questioning whether the Liberals have hurt their chances with huge voting blocks in the UN General Assembly.

"You gain an image, a reputation in the United Nations over years, and it's very hard to build up and it's quick to be lost," said John Trent, a retired University of Ottawa political science professor and the editor of an ongoing series of reports that examines Canada's relations with the UN.

"This is part of that image building. And if the other countries see that we're weak-kneed … they don't really want to elect weak-kneed people."

By his count, Trent said, Canada has turned down four major requests from the UN to contribute to peacekeeping operations in the last two years. The major hotspots are in Africa — notably Mali, where 80 peacekeepers have been killed since 2013, the year a 12,000-member UN force was established to counter Islamic militants.

Canada declined the opportunity to supply the commander for the mission, a role that was seen as a good fit for the country in largely French-speaking west Africa.

Trent said it won't be easy for Canada to win votes in Asia and Africa, since its reluctance to commit to missions in those hotspots sends a message that "it's too dangerous for us (but) it's OK for other countries."

One Western diplomat, who spoke on the condition of anonymity, said their country has come away from peacekeeping discussions with Canada with a firm impression that the country was "traumatized" by a decade of war-fighting in Afghanistan, where more than 150 Canadian troops were killed.

"What did we think? We thought it was going to be easy, just a stroll in the park and a walk along the border in Cyprus," said Ian Smillie, whose long career in international development included writing a report on the connection between guns and diamonds in Africa.

Smillie was a key player, along with Canada's then-ambassador to the UN, Robert Fowler, in the international movement that eventually led to the outlawing of so-called blood diamonds — an effort that distinguished Canada in the late 1990s when it was campaigning for its sixth and so far latest stint on the Security Council.

Looking at Canada's next campaign, which pits it against Ireland and Norway, Smillie said the numbers don't look good for Canada. Ireland has 540 personnel committed to UN peacekeeping, compared with Canada's 68.

Canada's other competitor for the Security Council seat is Norway, which has only 69 peacekeepers.

But Norway scores big on another issue the UN values: it is one of the handful of countries that has met the UN target for development spending — 0.7 per cent of gross national income — while Canada's is below 0.3 per cent.

"Norway will be tough because they are, per capita, the world's most generous development country," said former foreign minister Lloyd Axworthy, who led Canada's last successful campaign for a Security Council seat.

Axworthy said Canada's strengths go beyond numbers. The government's frequent declarations that Canada is an open, plural society combined with its welcome of Syrian refugees will resonate with many countries. So, too, will its strong emphasis of pushing the merits of trade.

He also said he expects Canada to play a larger role in the ongoing peace process in Colombia, calling it a potential vote-getter in Latin American and Caribbean countries.

"That's how you earn your reputation, by providing very specific solutions to real problems."

Andrzej Kurnicki, the Polish ambassador to Canada, said his country campaigned long and hard in Asia and Africa to win its 2018-19 Security Council seat. Poland also boosted its aid spending in Africa, and opened new embassies on the continent.

"In my judgment, Canada has a lot of assets," he said. "This sort of argument could be used to find support from the Asian and African countries."