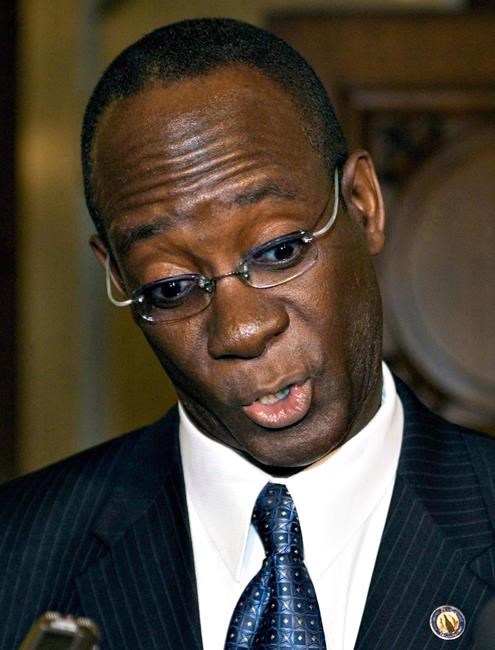 MONTREAL — Canada should expect a massive influx of Haitians attempting to enter the country from the United States in light of the decision to end a program granting almost 60,000 Haitians residency south of the border, experts say.

The day after Monday's announcement by the U.S. Homeland Security Department, a Haitian-born MP was in New York City to meet with leaders of the Haitian community.

Emmanuel Dubourg was trying to avoid a repeat of this past summer, when thousands of Haitians crossed illegally into Canada out of fear their residency status in the United States would be revoked.

Dubourg said that since the summer, only 10 per cent of the thousands of Haitians who have asked Canada for refugee status have had their requests granted.

He said he was in New York to hammer home the message that "crossing into Canada outside of the normal points of entry is not a free ride into staying in the country."

The United States extended temporary protected status to Haitians after the 2010 earthquake, as did Canada, but Ottawa resumed deportations there this year.

The Homeland Security Department said late Monday that conditions in Haiti have improved significantly, so the benefit will be extended one last time — until July 2019 — to give Haitians time to prepare to return home.

He said many Haitians believe all they need to do to settle in Canada is to reach the border and fill out an application for refugee status.

Jean-Pierre Fortin, president of a union representing customs and immigration officers, said he too expects another wave of Haitian asylum seekers over the next few months.

"We're still trying to manage the crisis from last summer," he said.

"But the good news is that with the grace period of 18 months (given by the U.S. government to Haitians) the Canada Border Services Agency and the Liberal government have time to prepare so they don't have to deal with a crisis like this summer's."

Federal Transport Minister Marc Garneau said his government has the situation under control and he didn't seem worried about the decision by the Trump administration.

"We put in place a mechanism to react to what happened last summer and we can put it back in place rapidly," Garneau said.