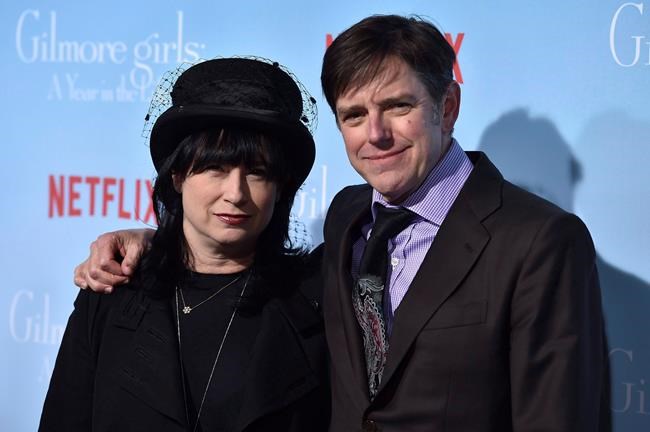 As a kid, she was fascinated by stories her comedian father and his friends would tell about the good ol' days of touring Las Vegas and performing for next-to-nothing in Greenwich Village and the Catskill Mountains of New York.

"It made that time in New York seem very fascinating and energetic and exciting," the Emmy Award-nominated writer-director-producer said in a recent phone interview.

But as an adult, she saw a darker side of the business while selling tickets and other items at the Comedy Store in Los Angeles.

"I sold cigarettes to Andrew Dice Clay. He was very polite. He always said 'Thank you' and 'Please.' He's a very delightful man," she said.

"But it was interesting to watch, because a lot of comedians are not light, sunny, happy people off camera. It's a darker kind of thing, and that's often why they're funny, because there's a darkness to them.... There was a lot of darkness and depression and too many drinks.

"I think of all the arts, standup is the toughest thing, because when you get up onstage you have nobody to blame but yourself."

Sherman-Palladino explores both those sides of the industry in her critically lauded new dramedy series "The Marvelous Mrs. Maisel," now available on Amazon Prime Video in over 200 regions, including Canada.

Rachel Brosnahan of "House of Cards" fame stars as Miriam (Midge) Maisel, a 1958 Jewish housewife and mother who has a seemingly perfect life in New York City's posh Upper West Side neighbourhood. When her wannabe-standup-comedian husband (played by Michael Zegen) leaves her, she finds an outlet in an open-mic night at the very same comedy club in which he performed.

Sherman-Palladino created, wrote and directed the series. The executive producer is Daniel Palladino, her husband, who also worked on "Gilmore Girls" and "Family Guy."

"It wasn't just about the standup," Palladino said of the series. "It was also the time and what happens to a woman back in that era."

Like many characters in the Sherman-Palladino universe, Midge is a sharp-witted fast talker and has drawn comparisons to Joan Rivers. Sherman-Palladino conceded there are some parallels between the two ("I guess the fact that Joan was brave ... and out there and still dressed cute," she said) but added she didn't model the character after the late comedy star.

"Joan wanted to be an actress. She wanted to be a very serious actress and comedy, to her, was the day job, the thing that paid the bills.... Whereas Midge, comedy is everything. It's a brand new exciting outlet."

It's also an outlet that can be rough for many and "Midge is going to face every circumstance, every obstacle that comes in the path of every standup," said Sherman-Palladino.

After an exhausting audition process, they found Brosnahan through an L.A. casting director. She had mostly done drama up to that point but had a certain spark.

"I'm the queen of uncastable characters," Sherman-Palladino said with a laugh.

Early in the first episode, audiences see Midge and her husband working together to craft his comedy act, which brings to mind the personal and professional relationship of the series creators.

The two said while they also "bounce a lot off each other all the time," they are careful to write and direct separately as well.

"When we're working on the same project ... that's how we made it work.... We have this thing that we share that's also healthily separate."