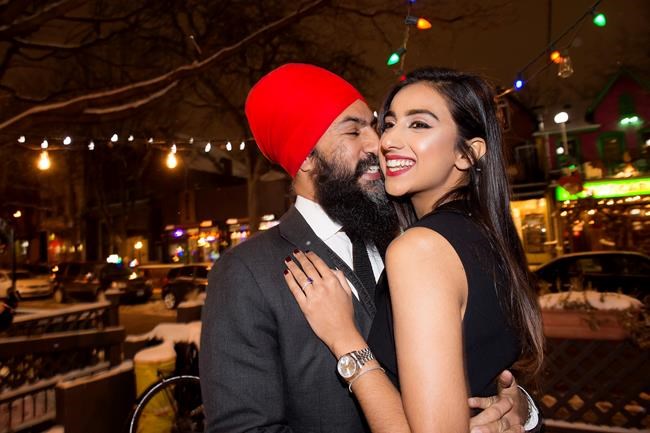 Singh, 38, proposed to girlfriend Gurkiran Kaur, 27, at a private party just blocks away from the Ontario legislature were he served as a provincial legislator for six years.

Singh surprised Kaur, an entrepreneur and fashion designer, with the proposal in front of several dozen friends and family members at a vegetarian restaurant where they had their first date.

Singh was elected federal NDP leader last fall and had been guarded about his personal life, but social media posts in December made headlines after it was reported that he and Kaur were engaged.