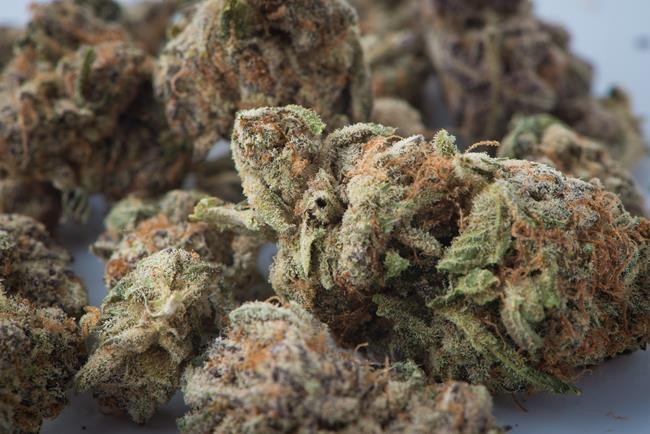 OTTAWA — Even as Justin Trudeau prepares to deliver on his promise to legalize recreational marijuana, Liberal MPs are pushing the government to eliminate criminal penalties for simple possession and consumption of all illicit drugs.

The prime minister has so far drawn the line at pot legalization, but he's now being pressured to go much further in a resolution developed by the national Liberal caucus for consideration at the federal party's national policy convention in April in Halifax.

It is one of 39 resolutions that the party opened up for online discussion Tuesday.

Others call for the decriminalization of prostitution, establishing a minimum guaranteed income, expanding universal health care to include coverage of prescription drugs and building a fixed-link bridge from the mainland to Newfoundland and Labrador.

On illegal drugs, the caucus resolution urges the government to adopt the model instituted in 2001 in Portugal, where treatment and harm reduction services were expanded and criminal penalties eliminated for low-level possession and consumption of all illicit drugs.

There, a person found in possession of a drug for personal use is no longer arrested but ordered to appear before a "dissuasion commission" which can refer the person to a voluntary treatment program or impose administrative sanctions.

The resolution urges the government to treat drug abuse as a health issue, to expand treatment and harm reduction services and re-classify low-level drug possession and consumption "as administrative violations."

The MPs are touting the Portugal model as a way to deal with the opioid crisis. Almost 3,000 Canadians died from opioid-related causes in 2016, a number that's expected to have grown in 2017, they note in the resolution.

Online discussion of the resolutions will run until Feb. 14.

Through an online vote, the 39 resolutions will then be whittled down to 30 that will be debated at the convention.

From those 30, Liberals at the convention will choose up to 15 priority resolutions that they want included in the party's election platform in 2019.

The Halifax convention is the first to be held since the party did away with paid memberships and opened itself up to anyone willing to register, for free, as a Liberal. Registered supporters can now take part in policy development, attend conventions and vote in leadership or local riding nomination contests.

The 39 resolutions represent the top three priorities chosen by grassroots Liberals in each province and territory, as well as by the party's youth, indigenous and seniors' commissions and the national caucus. The online discussion and vote on the 39 is open to all registered Liberals, who are also entitled, on a first-come, first-served basis, to attend the convention.

Under the traditional process, in which each riding association across the country elected delegates to attend conventions, the party could ensure a reasonable gender, age and regional balance among attendees.

That won't be possible under the new, more open approach. But the party is attempting to ensure as many people as possible will be able to attend by keeping convention fees much lower than it has charged in the past.

Youth who register before Feb. 9 to go to the convention will pay just $95, while adults will be charged an early-bird fee of $349. Those who register after Feb. 9, will pay an additional $100.

Registration for the convention opened on the weekend and the party says hundreds have already signed up.