Newman on NAFTA: Trump has done it again, expect the unexpected in Montreal next week 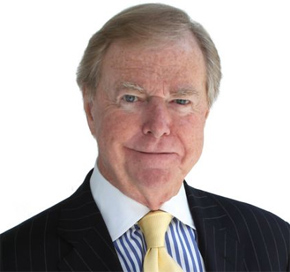 Ensight’s Don Newman on what to watch for as NAFTA talks resume in Montreal next week, when President Trump could give the mandatory 6 month notice or if the talks should go on hiatus until the Mexican election on July 1st.

Don’t be surprised. Donald Trump has done it again. As negotiations resume in Montreal next week on changing NAFTA, there is now confusion over how long the talks will continue.

The talks effectively stalled over a series of American demands that neither Canada nor Mexico can even contemplate agreeing to. It has been widely anticipated that after the Montreal round concludes January 28th, Trump would inform the U.S. Congress that as President, he was giving the mandatory six month notice that he planned to take the United States out of the NAFTA treaty.

It is generally understood in Washington that Trump believes that during the six months that the clock runs on the withdrawal announcement, Canada and Mexico will be panicked into making concessions on the U.S. demands that have been are so far unacceptable.

This week he conceded as much. He tweeted that “NAFTA is a bad joke,” and he told the Reuters News agency that he believes it will take a NAFTA cancellation notice to drive the talks to a favourable American conclusion. However, he said many people don’t want him to do that, at least not yet.

Those people are ‎many in the American business community, the farming and agri-food industry and the Senators whose states would be directly affected by a NAFTA termination notice.

They are arguing that signaling an end to NAFTA would adversely affect the roaring American Stock Markets, and dissipate many of the benefits of the massive tax cuts Congress passed just before Christmas.

So it is against that backdrop that the talks will resume this coming week in Montreal. Already, there has been a change to the schedule. Now Foreign Affairs Minister Chrystia Freeland and her Mexican and American counterparts will hold their Media conference on Monday, Jan. 29th, one day later than planned.

Whether or not that extra day will be helpful in resolving the deal breaking demands of the Americans remains to be seen.

As a memory refresh, among those demands, is that a new NAFTA would have a five year sunset clause, unless all three countries agreed to renew it for another five years.

That the findings from independent dispute settlement panels would no longer be enforceable and that the ability of companies in one country to sue the government of another would be curtailed.

Equally unacceptable are demands for increased American content in automobiles manufactured under NAFTA. And the perennial demand that Canada’s supply management dairy marketing system be disbanded.

Having planned to apply the pressure of a threatened withdrawal as soon as possible, now Trump has been musing that perhaps the three country negotiations should go on hiatus until after July 1st. That’s not out of any respect for Canada’s Birthday. July 1st is also the date of Mexico’s Presidential election, and as Trump has pointed out, the closer to the election the harder it is for that country to make the concessions the United States wants.

If he decides to wait, that doesn’t mean the Americans won’t use the withdrawal threat. It just means a change in timing.

Because Trump still believes that a trade agreement can be negotiated the way he negotiated real estate deals, with bluster and threats, as he detailed in his book, “The Art of The Deal.”

And many in his administration believe that the full out campaign Canada and Mexico have launched to save NAFTA,‎ in more or less its present form, means that the current agreement favours those countries to the detriment of the United States. That being the case, both Canada and Mexico should have things to give in the current negotiations.

So with that as the American perspective, and an “Art of the Deal” negotiating mentality, don’t be surprised by anything that could transpire at the Montreal NAFTA negotiations next week.

Don Newman is Senior Counsel at Ensight and Navigator Limited, a Member of the Order of Canada, Chairman of Canada 2020 and a lifetime member of the Canadian Parliamentary Press Gallery.