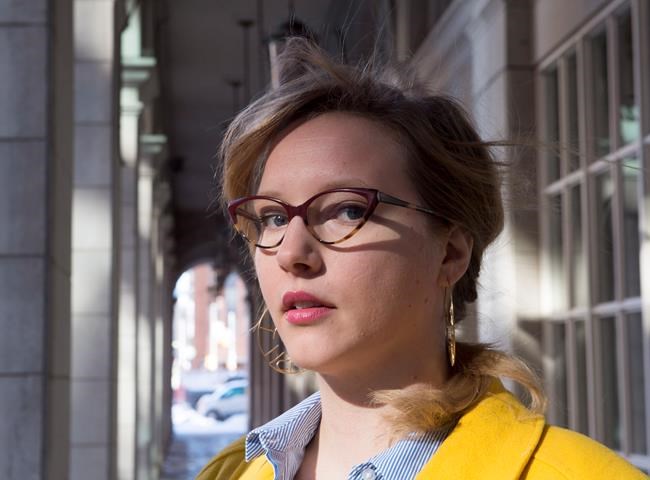 It was just this past Christmas that a prickly family conversation about the burgeoning #metoo movement led one Nova Scotia woman to do something she didn't expect: speak out about her own traumatic experiences decades earlier.

Having suffered in silence for most of her life, she told her stunned parents she had been sexually assaulted three times in her adolescence, including once in their presence during a family trip.

"You take on the burden of the shame and guilt for so many years, you kind of assume that it's something that you've done wrong," said Fiona, who asked that her last name not be revealed to protect her privacy.

"Well I now discovered it's not remotely uncommon."

As high-profile allegations of sexual assault and harassment play out in the headlines, support workers have been flooded with calls from women who have decided to tell their friends and family about their own experiences for the first time.

Lenore Lukasik-Foss, director of the Sexual Assault Centre of Hamilton Area, said calls to its support line have doubled compared to the previous year. It's a similar story at the Barbra Schlifer Commemorative Clinic in Toronto, where there's been an 83-per-cent spike in the number of requests for help over the last year, said executive director Amanda Dale.

Many sexual-assault survivors have found the omnipresence of sexual misconduct allegations in the news to be triggering and have been seeking extra support, said Lukasik-Foss, who chairs the Ontario Coalition of Rape Crisis Centres.

Others have found some strength in how the issue has risen in prominence and entered a new public dialogue.

"For some, it's created some space for which they can add their voice, even unofficially amongst friends or family," said Lukasik-Foss.

"Most survivors out there are not necessarily able to (say) 'me too' and publicly participate, but they're there, and they're reaching out (to us)."

Fiona said it has been "so liberating to know that other women have suffered ... I think it's because it stops you from feeling kind of singled out."

"I think it brings it home that this isn't just about celebrities ... it happens to the girl next door, the woman next door, to anybody," she said, a message she felt compelled to pass on to her parents.

She told them the moodiness they mistook for teenage angst while on vacation in Europe decades earlier was actually shock from having her breast groped by a man on the street. She also revealed she had been raped by a fellow student in university, and a former boyfriend had assaulted her.

Lukasik-Foss said for every #metoo conversation that is casually taking place among friends and family, chances are that at least one participant is a survivor — but may not want to disclose that.

She said she commonly receives phone calls at 2 a.m. from women who cannot sleep because they had to listen to a colleague make an off-colour joke about a sexual-assault case in the news, not realizing that the person sitting across from them had experienced something similar.

"These kinds of very public dialogues can be hugely amazing to shift culture," she said. "But we also know that our comments are being heard by survivors all the time, even those who we don't know are survivors."

Ottawa-based women's rights activist Julie Lalonde said she's received an influx of online messages in recent months from fellow survivors confiding in her, some of whom she thinks were inspired by the #metoo movement. Others were touched by an animated film she released about her own experience being stalked by a former partner.

Among her friends, Lalonde said she's seen a ripple effect with one person's disclosure begetting another, suggesting it's not only high-profile cases that are moving victims to come forward, but the exchange of personal stories.

"That's truly the foundation of social-movement building, is people realizing, 'My experience is not unique to me,'" Lalonde said.

Even with these conversations percolating on the ground, Lalonde said the stories of many vulnerable women, particularly those of colour, are getting crowded out by public takedowns of powerful men.

Still, Lalonde said, as more people come forward, survivors are banding together to speak with an amplified voice.

"Women are having those conversations amongst themselves," she said. "It's just now we have a bit of a megaphone."