Tories pledge tax break for those on parental leave 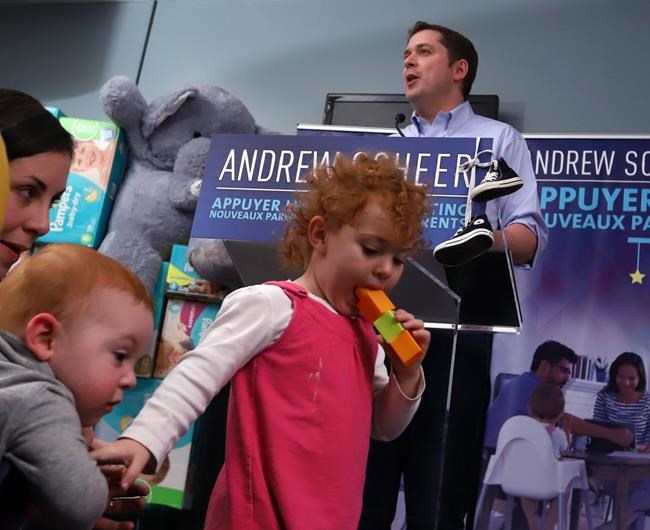 OTTAWA — The federal Conservatives are proposing a tax break for parents of newborns.

The Tories say they will introduce the proposed measure as a private members bill in the hope of having it passed into law in the current sitting of Parliament.

But party officials acknowledge the plan is effectively the first major policy announcement for the Conservatives leading into the 2019 election campaign.

The proposal, called the Supporting New Parents Act, would see Canadians on parental leave get a credit on their employment insurance benefits equal to the federal tax on those benefits.

Conservative Leader Andrew Scheer says the credit would be worth $4,000 for a parent who earns $50,000 annually.

He says the government should not be taxing the time parents take to be with their children during their early years.