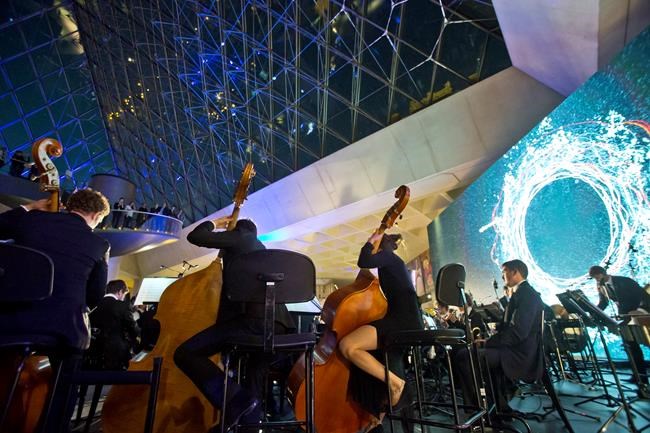 TORONTO — At a time when artificially intelligent music generator Aiva can be officially recognized as a composer by a society of professional French artists, the question of who owns the copyright to machine-generated works is as complex and complicated as understanding the algorithm behind it.

Is it the German operators that created the AI in 2016, or is it the deep learning machine itself?

That was one of the questions a panel of intellectual property experts grappled with at an AI conference in Toronto hosted by Osgoode Hall Law School last week.

As businesses struggle to keep step with the rapid advancement in AI, policies and laws are also being stretched, said lawyer Carole Piovesan of  McCarthy Tetrault LLP.

"Canada is really at the precipice, as is much of the world, of trying to define what its legal framework is going to look like in the face of AI," she said.

"But with the current pace of AI innovation — it's happening so quickly and it's of such a transformative nature — that policy-makers are being forced to anticipate issues that don't necessarily exist here and now."

"What often become very important issues from a copyright and patent perspective is ownership, inventorship and authorship — because authorship and inventorship lead to ownership. You need to figure that all out when you're looking at the chain of title," she said.

"So when you have machine-generated intellectual property, well, who is that author? Is this work even an artistic work? Is there creativity if the machine is generating that? Is this protectable by copyright? Does this protection actually extend to machines and who is ultimately the owner of this?"

But all of this isn't to say there aren't any protections afforded to AI. Medeiros noted that copyright does protect computer code as a literary work, which is actually a technology product itself, "so that's a very important aspect for an AI innovator."

Still, she added, the legal landscape around AI and intellectual property is shifting constantly, requiring companies to be savvy about how they practice.

Medeiros said one of the ways her firm is helping companies navigate such issues is by bringing a person into the loop as much as possible to help create that link between a human creator and the work.

"If the AI can come up with a solution on its own, that might be a more efficient mechanism," she said. "But if the AI is processing, say, a thousand or million different options and presenting 20 to a human user, and then a human user selects one or two or three of those options, then perhaps that might help strengthen the claim to ownership."

For Piovesan, concerns over AI ownership could be seen as undermining to the founding legal principles behind intellectual property protection that innovation be incentivized through recognition and reward.

"Is there any evidence to suggest that AI will be incentivized to create for reward? And if not, then are some of our first principles under IP law being challenged because of the nature of AI?" she asked.

As for Aiva — lauded last year by French music society SACEM for its classical studio album Genesis — the jury is still out as to whether the algorithm can legally be considered a composer with its own copyright entitlements, as it has yet to be challenged in court, Medeiros said.

"AI is creating music, it's creating art, it's writing — so it will be interesting to see how policies adapt and how protections will be granted."