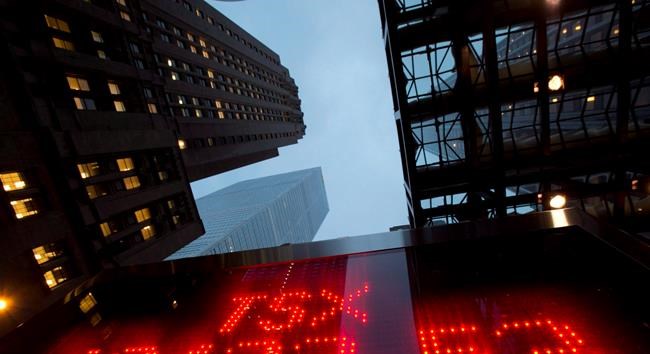 One notable bright spot on the commodity-heavy TSX was the base metals sector, which was up more than two per cent on the day.

Today's market calm follows harrowing levels of market volatility over the last two weeks when the TSX fell more than five per cent and Wall Street indexes entered "correction" territory. Last week the Dow twice fell 1,000 points in a day, sometimes gaining or losing hundreds of points in only a few minutes.

Given the heightened market sentiment, McKinley said investors will be intensely focused on the U.S. Labor Department Wednesday when it issues its monthly report on consumer prices.

"A lot of this volatility in the market place has related to pricing in or changing the expectations in the market for inflation," he said. "We would caution that you should never look at a single point and make a decision on it."

In currency markets, the Canadian dollar closed at an average trading value of 79.37 cents US, up 0.02 of a U.S. cent.