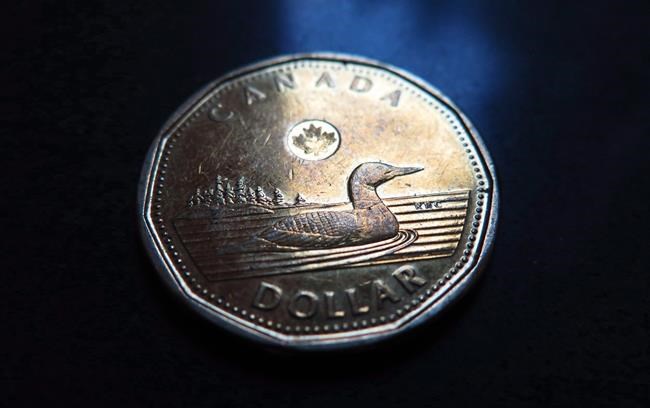 TORONTO — Surging gold and oil prices helped give Canada's main stock index a triple-digit boost on Wednesday, as the loonie strengthened against a weakening greenback.

The S&P/TSX composite index advanced 111.80 points to 15,328.27, led by strong gains in the gold, base metals, materials and energy sectors.

South of the border, American stocks capped off their fourth day of gains amid a U.S. government report Wednesday that consumer prices rose by 0.3 per cent in January at a rate faster than economists expected.

But there were few signs of the worries about inflation that sent stocks falling on Feb. 2 after reports of greater U.S. wage growth caused investors to worry about faster inflation — and the likelihood that the Federal Reserve could raise interest rates more rapidly, making it more expensive for businesses and individuals to borrow money.

Wednesday's consumer price numbers were tempered by retail sales figures also released Wednesday showing that Americans cut back on purchases of cars, furniture and a variety of other products in January and the U.S. Commerce Department also lowered its estimate for shopping in December. The surprise slowdown comes after a three-month stretch of sizzling consumer activity, from September through November, which had fuelled the most robust holiday sales in a decade.

"I think the fears of the economy overheating have been a little bit balanced out with the combination of these two numbers," said Katie Nixon, chief investment officer for Northern Trust Wealth Management.

Elsewhere in commodities, the March natural gas contract was down a cent at US$2.59 per mmBTU and the March copper contract was up seven cents to US$3.24 a pound.

- With files from The Associated Press.