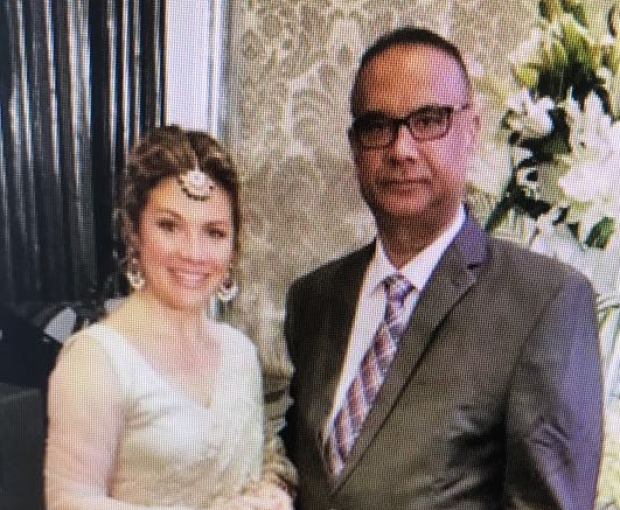 A man convicted of attempted murder who was invited to a dinner reception with Justin Trudeau in India says he has a friendly relationship with the prime minister, and stayed away to save him from further embarrassment.

But the Prime Minister’s Office says there is no merit to the assertions by Jaspal Atwal, who was convicted of attempted murder in the 1980s, especially the claim that he and Trudeau were friends.

The dispute emerges after Atwal was interviewed by the The Canadian Press at his home in Surrey, B.C., following Trudeau’s, at times, turbulent trip to India, which ended with his return to Ottawa on Sunday.

Atwal says he received an invitation directly from the Canadian high commissioner’s office for the event in New Delhi last week.

British Columbia Liberal MP Randeep Sarai has said in a statement it was his choice alone to include Atwal on the guest list and he realized afterwards that he exercised poor judgement in doing so.

On Sunday, a senior government official said, on the condition of anonymity because of the sensitivity of the situation, that the high commission invited some guests after receiving recommendations from others, including MPs such as Sarai.

Atwal said he has known Trudeau for years. During one of Trudeau’s visits to B.C. in 2008 or 2009, he said the pair sat together in Atwal’s Hummer and chatted.

“We know each other. He knows my name, he’ll come and say, ‘Hey Jas, how you doing?’ We have a good relationship I never see any problem,” he said in the interview on Saturday. “But now he says, ‘Oh Jaspal’s not supposed to be here, this and that.’ It surprised me.”

Trudeau’s spokesman, Cameron Ahmad, said the prime minister and Atwal are not friends.

“That is not true,” Ahmad said in an interview. Asked about the Humvee conversation, Ahmad said: “I don’t know what he’s referring to there, but no, they are not (friends).”

Atwal said he is not a member of the Liberal party and has helped politicians from different parties both federally and provincially.

He said he was travelling in India last week on a personal trip and questioned why Sarai is taking the blame alone for his invitation to the reception.

“I don’t know why he’s taking all the responsibility; he had nothing to do with that,” he said. “The high commissioner, they’re the one giving the invitation. Everyone’s name goes through CSIS and the RCMP.”

“I would refer to what the prime minister said when he addressed these matters in India on two occasions,” said Ahmad.

“It is not true, these claims that come from Mr. Atwal.”

Atwal was convicted of attempting to kill Indian cabinet minister Malkiat Singh Sidhu during a visit to Vancouver Island in 1986.

At the time, Atwal was a member of the International Sikh Youth Federation, a banned terrorist group in Canada and India.

He was also charged, but not convicted, in connection with a 1985 attack on Ujjal Dosanjh, a staunch opponent of the Sikh separatist movement, who later became B.C. premier and a federal Liberal cabinet minister.

Atwal said he no longer supports Khalistani organizations and warns Sikh youth in B.C. against believing propaganda from separatists, many of whom he believes have a financial interest in the cause.

He confirmed he was blacklisted from visiting India because of his crime. But he said any suggestion the government of India intervened — either by getting him an invitation or removing him from the blacklist so that he could attend — is a “total lie.”

“India’s government has nothing to do with anything,” Atwal said.

Ahmad said the Prime Minister’s Office has no comment on Indian policies regarding visas or blacklists.

Atwal’s passport shows stamps from two other recent visits to the country in January and August 2017. He said he also visited in 1999 to spread his father’s ashes and in 2002 to go shopping for his son’s wedding.

He showed his passport and the invitations from the high commission to the events in India to The Canadian Press.

After his visa expired in 2007, Atwal said he applied to have it renewed but was unsuccessful until his 2017 visits.

A government official, discussing the matter on condition of anonymity, has said guest lists for receptions such as those in India are not vetted individually for security. Those who issue the invites are expected to do their own due diligence to ensure their own guests are safe, the official said.

The official also suggested Atwal’s presence was engineered by elements within the Indian government to distance the country from Ottawa, driven by concerns that Canada is not fully committed to a united India.

The suggestion has been made that Atwal’s presence was arranged by factions within the Indian government who refuse to believe there is no risk posed to a united India by Sikh separatists living abroad, said the official, who spoke on the condition of anonymity. The factions wanted to undermine the Canadian tour to India to prevent the government of Prime Minister Narendra Modi from getting too cozy to foreign governments they believe want to undermine a united India, he said.

The official spoke by phone to reporters travelling with Trudeau during a briefing arranged by the Prime Minister’s Office. He said Canadian security officials received a tip from intelligence sources within Canada on Wednesday morning that Atwal had been at a reception in Mumbai with the prime minister Tuesday evening.

The official also said Atwal has, since his conviction, been on a list of people banned by India from getting a visa to visit the country because of their ties to Sikh separatist and extremist groups but that he was suddenly removed from that blacklist last summer — long before Trudeau’s trip was planned.

Atwal said his invitation to the Canadian high commissioner’s dinner in New Delhi was not rescinded. He said he volunteered not to attend because he thought it might embarrass the prime minister after photos of him with Sophie Gregoire Trudeau at the event in Mumbai garnered negative media attention.

He said he told a Liberal party official: “I don’t want to see our prime minister embarrassed. I will not come to Delhi, so please take me off the list. This is what I told them.”

But Ahmad made it clear that Atwal was taken off the guest list as soon as the PMO became aware of the controversy.

“It is a fact that the invitation was rescinded by the high commission,” said Ahmad.

“I’m not sure he’s able to send you proof it wasn’t rescinded.”

Atwal said the international media attention is “frustrating” after he served his time.

“Yes, I made a big mistake in my life and I’ve taken full responsibility. But after that, I change, and people here — blaming and all that, looking at your personal life and all that — I’m telling them, grow up. Everybody makes mistakes.”

Last week, a former senior Conservative government official dismissed the theory that Atwal’s presence was orchestrated by elements within the Indian government.

“That is complete nonsense,” said Garry Keller, who served as chief of staff to interim Conservative leader Rona Ambrose.

Ahmad said the PMO never tried to advance such a theory.

“It is false what people have alleged, that this was somehow politically driven,” he said.

— with files from Mike Blanchfield in Ottawa