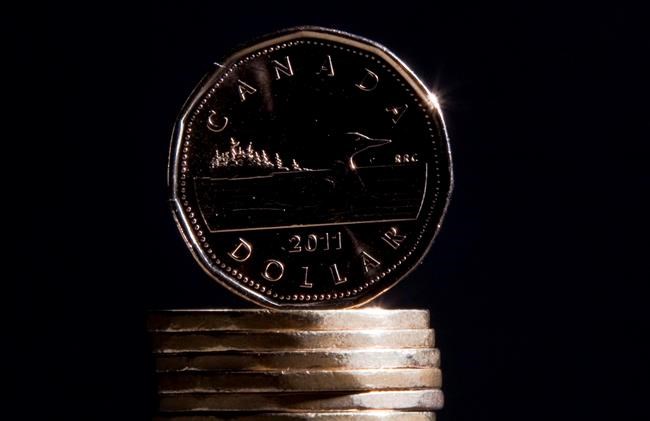 The S&P/TSX composite index was down 228.57 points to 15,442.68, led by a more than three per cent decline in the energy sector amid falling oil prices.

The April crude contract was down US$1.37 to US$61.64 per barrel after a report showed that the amount of oil in American inventories rose more than analysts expected last week.

The health-care sector was another major decliner on the TSX after Valeant said it won't return to growth for another year. Its shares were down $2.74 or 11.54 per cent to $21.01 at the closing of markets Wednesday.

"Valeant forecasted weaker than expected revenue for 2018 and said that they expect it to be another year before a significant turnaround is expected," said Kathryn Del Greco, an investment adviser with TD Wealth.

Much of the Quebec-based company's decrease follows the sale of several companies, continued loss of patent exclusivity on some drugs and currency fluctuations.

South of the border, stocks slumped on Wall Street, breaking the longest streak of positive monthly returns in the history of the Standard & Poor's 500 index.

Del Greco attributed the U.S. sell-off to remarks made Tuesday by Fed Chairman Jerome Powell, who told Congress that he's more optimistic about the economy. That led some investors to anticipate four rate increases for 2018, up from the three of last year.

"He really did open the door to another rate hike," she said. "The market didn't initially react negatively but I think after further evaluation sold off. ... And I think we're seeing a continuation of that today."

Higher rates make bonds more attractive as investments and can divert buyers away from stocks. Worries that rates will rise higher and more quickly than the market expected helped trigger a 10 tumble for stocks worldwide earlier this month.

In currency markets, the Canadian dollar closed at an average trading value of 78.07 cents US, down 0.42 of a U.S. cent.

Elsewhere in commodities, the April natural gas contract was down two cents at US$2.67 per mmBTU.

- With a file from The Associated Press.

Note to readers: This is a corrected story. A previous version stated that the TSX energy sector declined by 6 per cent.