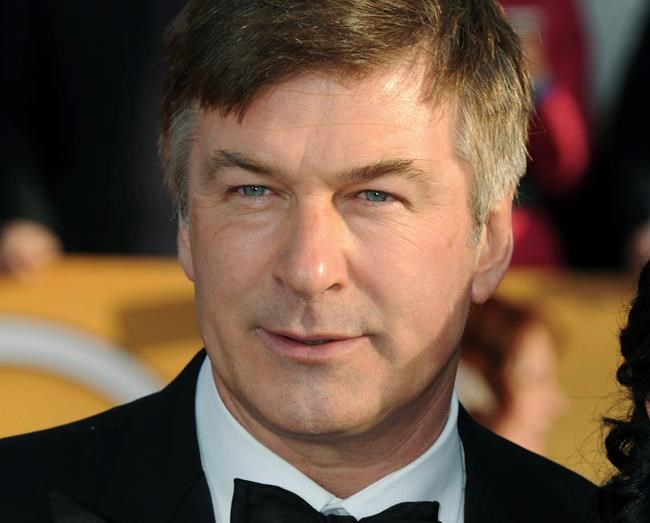 NEW YORK — President Donald Trump and Alec Baldwin — his chief impersonator — traded online barbs Friday, each describing the other as causing "agony," the latest salvos in an ongoing feud between the commander in chief and the actor.

Trump, who has long grumbled about the way he is portrayed by Baldwin on "Saturday Night Live," began the latest spat in a tweet sandwiched between his observations about world trade and the opioid crisis. (In an initial tweet that was later deleted, he misspelled the actor's first name as "Alex," prompting "Alex Baldwin" to trend on Twitter.)

The president seemed to be reacting to an interview Baldwin gave to The Hollywood Reporter that was published Thursday in which the actor said he doesn't enjoy parodying Trump: "Every time I do it now, it's like agony. Agony. I can't."

Wrote Trump on Friday: "Alec Baldwin, whose dying mediocre career was saved by his terrible impersonation of me on SNL, now says playing me was agony. Alec, it was agony for those who were forced to watch."

In a final dig, the president said Baldwin's performance wasn't as good as comedian Darrell Hammond, who portrayed Trump on "Saturday Night Live" for years before Baldwin took over in September 2016. "Bring back Darrell Hammond, funnier and a far greater talent!" Trump tweeted.

Baldwin responded in a series of tweets.

"Agony though it may be, I'd like to hang in there for the impeachment hearings, the resignation speech, the farewell helicopter ride," he wrote.

Hammond did not immediately respond to a request for comment.

Baldwin, a Democratic activist, received an Emmy Award for his parody last year on "Saturday Night Live." He and Trump, who appeared as a guest host on "SNL" in November 2015, have attacked each other on Twitter before. In 2016, the then-president elect called a skit that satirized Trump's tweets as "sad," prompting Baldwin to respond: "Release your tax returns and I'll stop. Ha."

Trump also complained to Matt Lauer in an interview that year that Baldwin's portrayal of him wasn't funny. "The skits are terrible. I like Alec, but his imitation of me is really mean-spirited and not very good ... It's very biased and I don't like it."

Baldwin and Trump also exchanged sharp tweets after the election when the president-elect called "Saturday Night Live" a "totally one-sided, biased show" and asked, "Equal time for us?" Baldwin responded: "Election is over. There is no more equal time."