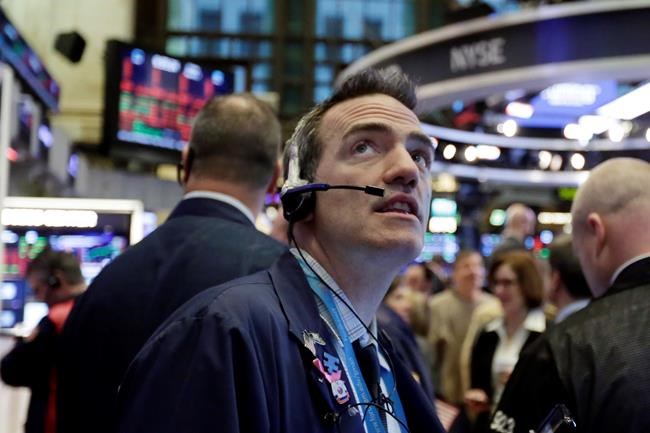 TORONTO — A return to volatility on global stock markets in early February may be the catalyst needed to warn investors about the impact of fees on returns — a feat that regulators haven't accomplished so far.

He expects more attention will be paid to how fees affect portfolio returns "especially if they're negative on the year."

Tough questions about advisory fees had been expected to emerge after the second phase of enhanced disclosure rules, known as CRM2, became mandatory last year.

However, investors and their advisers had little cause for concern in 2017 as U.S. stocks continued a bull run that began in 2009 and continued into early 2018.

The rough patch that hit markets in February, when global markets fell by 10 per cent at times, may force investors to take more notice.

Research suggests CRM2's heightened disclosure requirements have done little to change investor knowledge about fees — and, in some cases, have created confusion.

A 2017 study by the B.C. Securities Commission estimated only nine per cent of investors were familiar with the indirect fees paid by third parties to firms — up from zero per cent before CRM2 was implemented.

A Mutual Fund Dealers Association of Canada report in January 2018 found that fee disclosures used by some firms could lead to client confusion due to different terms used throughout investment statements as well as instances where required definitions weren't used at all.

The Ombudsman for Banking Services and Investments is expected to offer other details in a new survey to be released in early March.

But even CRM2 only tells half the story, since annual report statements still don't reveal the portion of management fees retained by the fund company.

"Disclosing the full management expense ratios or MERs should be the requirements for funds," said fee-only planner Jason Heath of Objective Financial Partners in Markham, Ont.

An investor, for example, with a $100,000 portfolio made up of commission-based mutual funds with a two per cent MER would likely see about $1,000 in fees and charges on an annual CRM2 report statement. But the total amount of fees and charges would be $2,000 after accounting for the a fund company's portion of the MER.

While not all mutual funds include trailer fees, the ones sold through banks and full-service advisers often do and can make up a sizable portion of investment portfolios. According to the Investment Funds Institute of Canada, there was $1.49 trillion in mutual funds as of Jan. 31 — about 31 per cent of Canadians' financial wealth.

For portfolio manager John De Goey of Industrial Alliance Securities in Toronto, the only way for investors to really understand how much financial advice costs is to get rid of embedded commissions in mutual funds altogether.

The Canadian Securities Administrators held consultations last September about whether the regulator should ban the use of embedded commissions — a move that Britain and Australia have already taken — following a report it released in early 2017 showing payment of embedded commissions raises investor protection and market efficiency issues.

The Ontario Securities Commission is expected to publish an update in late spring about how it will proceed with embedded commissions.

Investor advocacy group Fair Canada supports a ban on embedded commissions, calling it "an essential step so that Canadians can receive professional objective advice free from damaging conflicts of interest."

Canadian regulators are also taking steps to implement new disclosure regulations for segregated funds — an investment similar to a mutual fund that produces a return with an insurances policy that covers the risk — which initially did not fall under the same transparency rules affecting mutual funds under CRM2.